Writing a series of novels is tough work.


These novels are driven by romance within history, the history aspect of prime importance. This isn't about major battles or memorable skirmishes, the series is about families in time of war, rebellion, and how they live, survive, and where love and devotion is tested not only by family loyalties but loyalties to king and county. Although the English Civil Wars entailed several major battles, and numerous skirmishes, much of the fighting was splintered and local to specific places as the rival armies  traversed the country from north to south, and east to west. 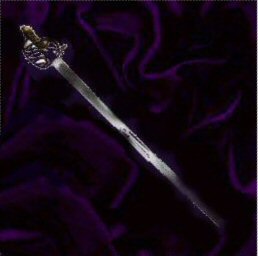 I have always derived immense pleasure from reading series novels. In fact I love ‘em and long ago I had it in mind to pen a series of four novels. Hence the English Civil Wars, Charles II’s attempt to wrest England from Cromwell’s clutches, the Restoration of Charles II and the Monmouth Rebellion sprang to life, and one portrait was the inspiration:

Who is, she and what might her life have entailed? 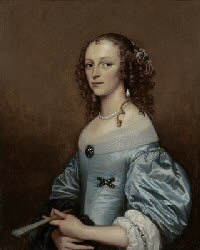 The stories as a whole have been in my head since some thirty years ago after a ghostly apparition of a horse appeared in the courtyard of our house, or not. Perhaps in truth, what I experienced on that day, albeit within the house where I lived, was mere sense of a time past, and yet, the bridle of the horse was real to the touch. Even so, life itself and other publishing commitments (books in popular genres publishers wanted to publish for guaranteed returns on investment ) prevented this series coming to fruition. But at last, they are here, or at least, they're on Amazon. Since quitting mainstream publishing and going Indie in 2011 I've settled to writing for me and for readers who love romance and life-like history in equal measure not merely dressed up historical romances.

By the way, for anyone who follows my blog posts or knows me well, they also know how the majority of my stories come about, and if you’d like to know for yourself you can find out by reading About Me. That said, the two houses in this series, in part reflect aspects of two houses, being one where I was born and the other in which I lived with my first husband.

But, getting back to the subject matter, there’s nothing more frustrating than having read a book and wishing when the end is reached, that the story had carried on. Often I’ve wanted to know what happens to the lead characters post HEA, but more than that, to learn the fate of secondary characters. And there have been occasions when a prequel could have added to a series. Hence, I came to the conclusion there was scope for one of those little informative prequels to my series after I'd written book one and partway through book two. The second lead character in book one was determined to redeem his reputation a little and in doing so enlighten readers as to his earlier days of frustrations in the court of Charles I.

And here it is.m behold the prequel Debt of Honour the forerunner to Book 1 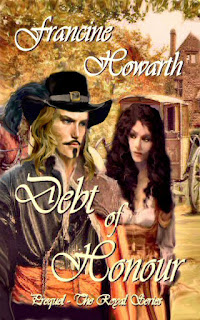 Yep, it’s set within my favourite period of history The English Civil War. The backdrop setting is Somerset - Bristol/Bath and surrounding districts. Bristol at that time was the second most important city in England and several times it changed hands between Royalists and Parliamentarians throughout the Civil Wars. Yes, two wars, not one major conflict. 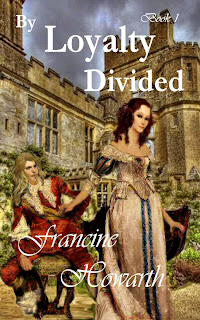 In By Loyalty Divided, the main characters are:
Morton Viscount Axebury, (rebel son of William Lord Gantry) who becomes a Captain of Horse in the Army of Parliament = New Model Army.
William Lord Gantry (Royalist Commander)
Anna Lady Maitcliffe – born within the confines of the royal court until Lord Gantry became her ward.

The plot is a love triangle, which inevitably leads to tragedy.

The second novel in The Royal Series: 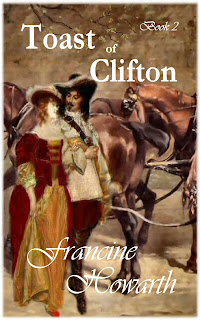 Toast of Clifton, needless to say Toast meaning hostess of note. This novel is also set within the West of England at the time of Charles II’s bid to regain the throne and crown of England.

Although Toast of Clifton is a story of intense and passionate love, past betrayal haunts the hero and when the chance to right a wrong comes his way he takes it, but to lose every thing including the love of his life is a high price to pay for heroism. For when the odds of being imprisoned and deported to the colonies is your lot, and your King is fleeing the enemy as well, who comes first: family or King?

And then to Royal Secrets, in which  the eldest Thornton daughter, Justine, sets her heart on the second generation Viscount Axebury of whom her father thoroughly disapproves and not without cause. Battles of family loyalty ensue, not only within the Thornton and Gantry households, but at Court too. It can be dangerous to overhear royal secrets when plotting to rid a king of his queen are afoot, as Justine soon discovers and her life suddenly in peril. 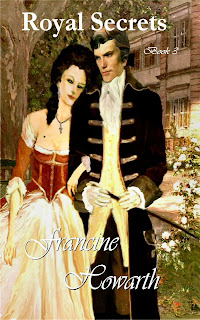 And then as the years pass the Gantry and Thornton children begin to take centre stage along with Lord Wittlesham's daughters. Old feuds, lust of youth, desires and recklessness are set to cause mayhem and heartbreak and many tears are shed as the young test the allegiance and loyalty of their elders during the heart-wrenching weeks of The Monmouth Rebellion!

One of their number, Henry Gantry, is looked upon as a traitor to the Gantry family, his story is one of spies, emotional turmoil, and regrets aplenty. But he's a king's man and loyal to James II, whilst his brother and the Thornton's are loyal to the Duke of Monmouth. Family feuding aside, Henry soon faces the awful truth royal favour is as fickle as his wife's affections, and when he's confronted with love that knocks him sideways he's tormented by duty to king and crown and torn between the two women. Tragedy strikes a severe blow, and although Henry turns to kingly duties whilst grieving a great loss, it is a tuning point in his life, where sense of family suddenly means more to him than his king. 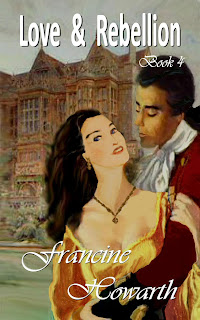 Rebellion continues in Lady of the Tower - Monmouth's Legacy.

The rebel in this case is Thomasina, the youngest of the Thornton family, who risks her own life by venturing to the battlefield where carnage prevails. Whilst in search for her brother-in-law in a selfless act of bravery on behalf of her sister, her mission is fraught with danger, more especially when she's caught and assumed to be robbing the dead!  Whilst love blossoms for Thomasina and Captain Owain Lascelles, the horror in the aftermath of the Monmouth Rebellion unfolds, and Judge Jeffreys reign of terror throughout Hampshire, Dorset, and Somerset impacts on their lives, their families, and friends. 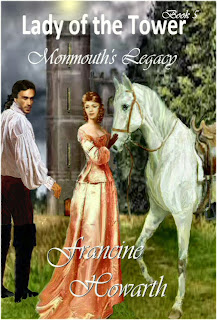 And then, to come in about a year from now will be the release of:
To Risk All in the Name of Treason.

Set during the time of the Glorious Revolution (1688-1689), though "glorious" is a slightly overrated word for the toppling of a king who scarpered when senior army officers went over to the enemy. This is the story of Lady Georgina Gantry and Ira Wittlesham (junior).

Whilst Georgina takes on the role of spy within the Court of James II, as a lady to the Queen's bedchamber, Ira spies from within the king's personal court and within the salons of fellow officers of his majesty's lifeguards.

But as history tells us, much deceit was already rife during the immediate aftermath of the Monmouth Rebellion and the dreadful circumstances surrounding Judge Jeffreys bloody reign. Thus the run up to the coming of William of Orange to the throne of England, is depicted from 1685 when a plot to overthrow James II was seeded and grew into a secret club of army officers. Two of the most famous hedged their bets throughout in determination to be on the winning side thus they wore false faces at court as did several more courtiers and junior officers of their day, and the latter were the first to desert their lines in Salisbury and ride to greet William and join his forces. 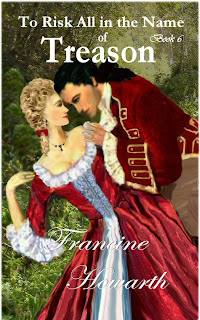 All the books are available via Amazon worldwide.
Amazon UK  Amazon US

Posted by Francine Howarth at 22:42