Kings of Legend & Knowledge from Storytelling! 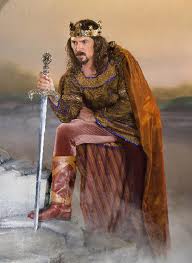 If I knew who painted this I'd gladly put up a credit to the artist! But I don't, and can't, but this image so easily represents a mythical person related to Great Britain, and of more kings who actually existed.
Isn't it strange how almost everyone in the Western world and ex-colonial states have heard or read of the myth surrounding King Arthur. Was he ever a king? Did he ever exist? And, with every legend there really has to be an element of truth: is that right!?
Given that storytelling in the era Arthur supposedly walked, rode and fought across the wild untamed countryside of England & Wales, it's likely old oral tales told to youngsters over the centuries have deviated from the original, sometimes embellished, sometimes, perhaps, played down.
The sword in the stone, taken to mean a sword wedged in some dirty great rock. Think about the logistics and reality kind of quashes that theory. But, add a little magic and it all appears quite feasible, and for kids a little added magic makes for a WOW!  Now, if one takes the logical route of iron from the ground (steel) heated, (smelted) and turned into a sword, we have the logic of "sword from the stone". 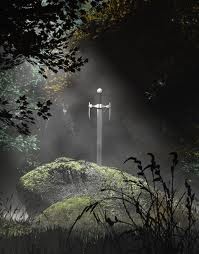 Getting back to Arthur, how then did he pull the sword from the stone?  Was he a blacksmith?  If he was and the sword, probably not his first but his greatest and worthy of display, boy was he an important man! He had the power of knowledge in how to turn iron into a sword. No doubt he'd fought alongside his fellow men when need arose and knew the power of a fighting tool/weapon, and back in the dark past a nobody-man could become a great leader!
Right, that's Arthur sorted. But no, there's the added myth of the lady in the lake who supposedly seized the sword - when cast into the lake - and there to guard it. A mermaid? Hardly, they belong to myth and legend, too. So what could possibly represent the lady in the lake? 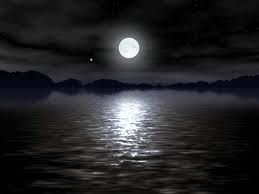 I give you the moon: the lady, the goddess! She who controls the tides, she who sets the calendar of the cycle of a woman's life. She whom caused men - rat-assed on cider - to rake about in a pond in belief it was a floating cheese: The Moonrakers! Ahem, I digress, and another story entirely.
Anyhoo, part of Arthur's legend we've kind of solved, and he makes for a great mythical king, but with every story there's always an element of truth within! Don't most writers/story tellers, draw on personal and second/third-hand experieces whether from own life or that of reading/hearing about others misfortunes and triumphs, and many authors draw inspiration from favourite books.
Now, that image up top has been tickling my subconscious, and I don't see Arthur, I see Owain Glyndwr, the last "true" Prince of Wales. Man not myth! 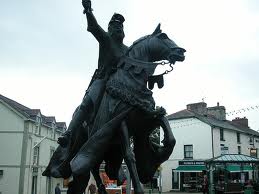 This image of Owain Glyndwr's statue copyright BBC Wales.
You can read about Owain Glyndwr here.﻿
﻿
He being the first warrior prince to set up a parliament!  A real man for sure, a hero, his legacy in defeat to the victor: "how-to" run your country in a democratic way.
Posted by Francine Howarth at 10:50 10 comments: