Due to a comment I've since added fun-time movie female heroine (Nicole Kidman)alongside the hero (Jude Law) and George Clooney whom I think could pass himself off as the shipping magnate.

I mentioned previously about researching jewels for another historical novel, but meantime characters from a comtemporary theme appeared in a dream and just had to take precedence. Hence I've embarked on their story first, which involves a stunningly good-looking hero movie star, 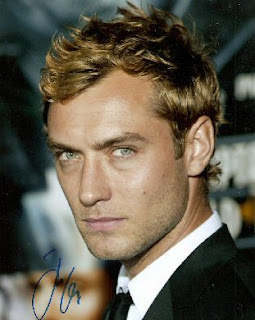 a billionaire shipping magnate, and a glamorous heroine who incites male lust without even trying. 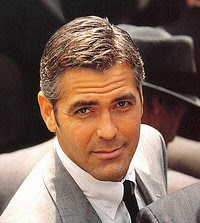 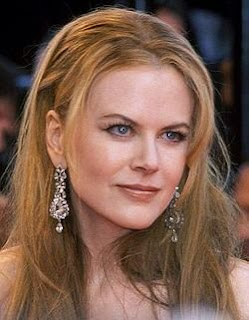 The plot incorporates love, betrayal, emotional and physical scarring, and love regained despite odds stacked against such happening.

I blame this image of steps leading down to secluded cove for inspiring the present WIP. It embodies the essence of what happens and why the hero turns to this place in his time of need. Needless to say there is a very sad underlying element to the story, but the end makes up for all the heartache suffered by hero and heroine alike. 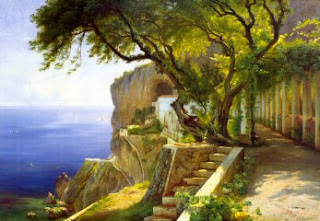 This is a side view of the property owned by the stunningly good-looking hero, who, for reasons I cannot reveal feels need to hideaway from the world mid-novel and in doing so becomes a mystery stalker!!! The steps in the first image (above)are to the left of this image. 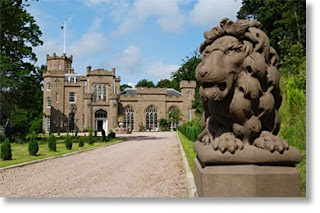 Imagine lush tropical island, and living in this gorgeous villa. Well you can't, it belongs to a billionaire shipping magnate, who sought a special person to take control of his life, found her, and whisked her away to his island retreat, though I can't say why he needs her! It would reveal too much of the plot. 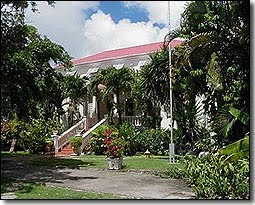 Stunnng view isn't it? Lucky Billionaire and heroine look out on it every day for months, and then an old love of hers unexpectedly walks centre stage! Hee hee, love never runs smooth. 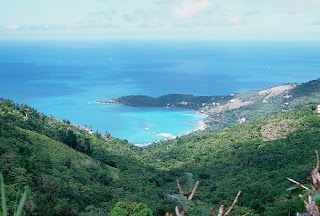 I really love this yacht because it's a perfect replica of the yacht, which is featured often within the novel. It of course belongs to the billionaire shipping magnate who has designs on the heroine, not least in a sexual manner. Speaks for itself, it's a bird-pulling magnate: the yacht!

Just for historical interest, this is the fort where the real "Man in the Iron Mask" was kept captive, his identity never revealed. It does feature in the novel but is not a main prop.