Thanks to D. L. Hammons: Nicole, Lydia and Katie for co-hosting... This old post is entered for the Deja Vu blogfest and doubling up for Romantic Friday Writers' Challenge "Sparkle". 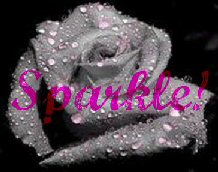 If you're a Brit you'll know all about the Pantomime Season - when men dress up as Dames and Women take on the role of Principal boys. Yep, we Brits have real crazy traditions.
The thing with a Panto, is that the scripts are designed to entertain the kiddos with slap-stick humour. Meantime, double entendre roll over cute little kiddo heads and whisper in the ears of the adults, and believe it, raucous laughter then erupts while the kids scream and yell in all innocence of fun and merriment!
So, with this blogfest, as a writer you have the opportunity to let rip with a twisted fairy tale!
How you kidnap the Seven Dwarves, turn Cinderella into a vampire, blow up Aladdin's Cave, shoot the fairy off the Christmas tree, or assassinate Santa, is entirely up to you.
***
Start of Panto: note the names of characters!
The theme for this blogfest is Twisted Fairy Tale -
Anyhoo, mine is a short presentation of Cinderella (see pic above) - a giggle or two will suffice!
The ball is in full swing the clock nearing first strike of midnight.
﻿ 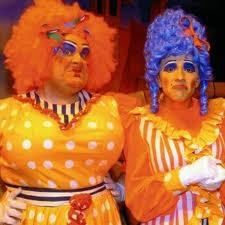 Starring Adverbia & Adjectivia: the ugly sisters.﻿
﻿
--------------------
﻿‘OMG, who is that?’ croaked Adverbia, a sugared plum immediate to mouth as angst washed over her.
‘Who, what, where?’ screamed short-sighted Adjectivia, agitated in extreme because she always refused to be seen in public wearing spectacles.
Adverbia, now near to choking, the sugared plum stuck solidly in throat, her reply mere gobbedly-gook. ‘O ‘er tair.’
Adjectivia noticed Adverbia's distress and gave a resounding slap to her back.
The sugared plum gunned out of Adverbia's mouth and zoomed across the ballroom. Unfortunately, it ended up wedged in the dowager duchess’ wig, which caused much tittering from Adjectivia.
The dowager duchess glanced about to ascertain whom had had the audacity to strike her wig a broadside. As she readjusted her lopsided hairpiece her fingers made contact with the now squidgy sugared plum, and eyes narrowed she assessed its velocity on impact and tragectory path.
Her eyes soon settled on Adverbia; yet another sugared plum gripped between fingers.
Adverbia, engrossed in watching the beautiful young lady dancing with Prince Charming, failed to notice the dowager duchess’ looking her way.
‘There, there, dancing with Prince Charming,' she screamed, 'can you not see her? Oh Adj do put your specs on.' 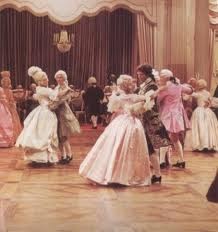 ﻿
Reluctanly Adjectivia raised her specs to eyes. ‘I see, I see,’ she rallied, brow furrowed teeth bared. ‘Grrrrr, spit, damn and blast the strumpet. Who is she?’
‘If I knew why would I be asking you?’ snarled Adverbia, sucking second sugared plum.
‘I cannot imagine your asking me,  at all,‘ replied Adjectivia, fanning her face with a feather-plumed fan. ‘Uh oh, the dowager duchess is coming this way. And, oh my, that plum you near choked on  . . .’
Aware of movement beside her, Adjectivia turned to see Adverbia scurrying away.
‘Oh shitzu,’ she exclaimed, and sped after her ugly sister, because no way was she about to take stick from the dowager duchess, whom it was rumoured had a BDSM dungeon where she thwacked a favoured manservant.
Prince charming noticed the commotion of dowager duchess with silver-topped sword-cane raised and looking as though about to commit murder, his dominatrix aunt already in pursuit of the ugly sisters.
He rushed across to soothe the duchess' enraged state, and copped a crack to shoulder for his trouble. Meanwhile the clock had begun striking the midnight hour.
Unbeknown to the prince, the beautiful Countess of Makebelieve (former dancing partner heard the clock chiming) and sudden upped and fled the ballroom.
Dandini, the Prince' personal aide, ran after the countess but not a sight of her to be seen.
Strange as it seemed, several white mice were milling around in somewhat confused state at the foot of the palace steps. Stranger still, a hollow pumpkin reminiscent in shape to that of coach minus its wheels and left in the middle of the courtyard. A glass slipper too, then spied on the far side of the steps. 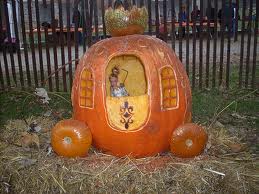 ﻿
Dandini picked up the crystal slipper, fondled it, and stood for moment pondering the disappearance of the Countess of Makebelieve. Why would she flee?
Ah, but come to think of it, when first introduced to Baron Noun-Hardup, the young countess had looked radiant? Yet, when the Baron’s new wife flounced toward her, the Countess of Makebelieve's expression fell ashen as though fearful of the ugly sisters' mother, Pronouncia.
In fact, the more Dandini thought about the strangely beautiful young Countess of Makebelieve, a brief encounter came to mind.
The young countess had to be none other than the girl Dandini had seen in the market a few days prior to the Great Ball: the blasted Get-a-Wife Ball, essentially a singles ball.
Damn it all, the mystery countess was indeed Cinderella Noun-Hardup, the baron’s daughter from his first marriage.
It all made sense now.
Hmmm.
Poor Prince Charming, under extreme pressure from his Uncle to secure a would-be bride this very night had implied interest in the Countess of Makebelieve, though far from his desired choice for a life partner.
And, of course, Noun-Hardup’s second wife had wanted the ugly stepdaughters presented to the Prince excluding the beautiful Cinders from same opportunity.
So, who had helped Cinders make it to the ball in disguise?  Cinders, for definite, keen for the prince’ hand in marriage.
Well, that wouldn’t happen any time soon.
Dandini tossed the glass slipper over the palace wall.
The sound of splintering glass to be pure satisfaction to the ear.
Much to Dandini's consternation there was nothing but silence.
NEVERTHELESS: Dandini turned about, sense of glee on face, and there stood Prince Charming.
'You look decidedly guilty, my dear Dandini. What pray, went over yonder wall?'
Dandini chuckled, 'The one item assured to secure a marital noose around your neck, by some do-gooding fairy godmother no doubt.'
‘Thank God, for that,’ said the prince, rubbing the spot where the dowager duchess had clobbered his shoulder. ‘I felt sure my secret obsession soon to be exposed.’
'Oh please, anytime.' Dandini stepped close to the prince, voice fallen to whisper, ‘Kiss me, Queenie.’
‘That I shall, my gorgeous six-pack Dandini, but don't ever call me that in public. Prince I am by day, Queenie by night.’
Dandini fell into the Prince’ arms, said, ‘We cannot hide our love for ever, my prince.’ 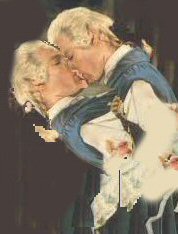 ﻿
‘The prince kissed Dandini with passion and intensity.
Unbeknown to the amorous bewigged young gentlemen, the glass slipper remained unscathed and safe in the hands of the real Prince Charming: Prince Rupert Charming. 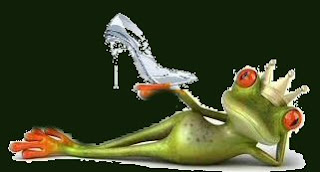 Supposedly lost at sea when in fact turned into a frog by an evil witch, the real Prince Rupert Charming all the while awaiting his opportunity to reclaim his throne. Knowing only a maiden's kiss can break the evil spell, he's had no luck so far in that quest.
With the glass slipper he has a bartering tool and he knows Cinder's is kind and loving and will want the slipper back, and she'll kiss him for it, he'd bet his life on that for he knows her smitten with the bogus prince: his younger brother Quentin (Queenie) Charming.
Having fantasised over Cinders for three years and a day of his sitting on a lilypad watching her fetch water from the well,  Rupert serenades her the very next time she passes by his royal pond!
And Lo & Behold: the ruse works! 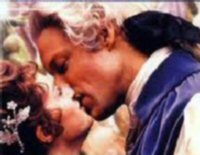 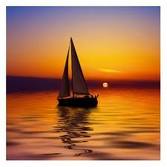 Meanwhile: banished from the Principality two men sail off into the sunset!
The End.
***
Believe it, this particular blogfest did extremely well on entrant numbers for Xmas 2010 and we had a great laugh reading everybody's input.

To see entries by other participants to the "Deja vu" blogfest go here.

To see entries by other participants to RFW's "Sparkle" challenge go here.


BTW: I did delete the original 24 comments! Only fair, methought...