Bad News Blogfest - Directly Below: They're People Too blogfest!

This is my contribution to the Bad News Blogfest - it's a snippet from my novel Unbidden Billionaire Legacy! 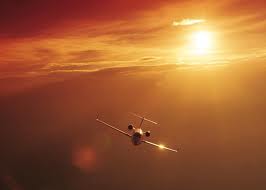 ﻿
Brief: This scene kicks off the next morning after Tara received a telephone call asking her “Where in hell is Rick?” She had presumed him arrived at his destination in South America. The phone call itself although disturbing and distressing, far worse is yet to come.


By eight Giorgio was the first guest to surface in the sitting room. ‘Any news?’

She felt numb and lacking in emotion. ‘I wish.’

She noted the casual way he draped his jacket over the arm of the chair, and the swivel of his hips before sinking his backside into the plush cushion seat. Liza was right. He was the epitome of elegant debonair man about town with hint of darker side yet to be revealed. His suit was dark grey, almost black, his Sicilian heritage more than evident in suntanned olive skin and dark eyes.

Oh yes, he was a handsome young individual and he knew it.

His eyes met hers and she saw ally not opponent as Liza had suggested might be the case. There was empathy reflected in his dark sultry Mediterranean eyes, unlike on the previous evening when he and Liza had embarked on a sparring match. His eyes then, had given the impression that if asked, he’d kill to keep Trans Europa Shipping under the Easterly flag, despite his name that of Giorgio Denaro: his mother Darrell Easterly’s sister, his father a Sicilian businessman.

Tara leapt to her feet and took hold of the newspaper. The front-page headline said it all: Ricky Lindon Missing. The sub heading: Air Crash in South America and the article said: Yesterday morning rumors of a missing aircraft hit the airwaves, and coastguards and air sea rescue crews were scrambled. The golden boy of Hollywood failed to turn up on location for his latest movie some six days ago. Although hopes were raised late yesterday evening when a spotter plane reported a crash site on a remote beach, the crew saw no sign of life in or around the wreckage. This morning the aircraft was confirmed to be that of Ricky Lindon’s Learjet.

She read on aloud: An air rescue team reached the remote crash site early this morning, and reported the largest section of the Learjet’s fuselage was partially submerged. It’s been confirmed there are no survivors.

Oh god, she was clutching at straws, but she couldn’t give up on him. Heart pounding her stomach tightened, and bile rose in her throat.

The silence of the room was a deafening void.
She hardly felt Giorgio easing the newspaper from her hands.

Beattie meantime wrapped arms around in a motherly way, and tears could not be held back.

As soon as Liza and Max entered they feared the worst, and Giorgio handed the paper to Liza. Max leaned over her shoulder as both absorbed the reality of what had happened.

She needed time to think, to seek sanctuary in her own room. If she didn't she'd scream, every ounce of strength and self-restraint fast diminishing.

CNN would surely be reporting the latest on Rick’s crash. ‘Give me a minute or two, Giorgio, and then we’ll go through your proposal thoroughly.’ She turned to leave, addressed herself to Liza. ‘Can you go through those pointers I mentioned yesterday, and let Giorgio have the file to read through.'

Thankfully no one tried to dissuade her from leaving, and the room fell silent as she made her exit. It wouldn’t stay that way once she was out of earshot. Always at times like these she knew hushed whispers became the norm.

As soon as she stepped inside her room she cried her grief, sobbed her hurt and despaired the longing. She felt empty and lost without him, but she had to know for sure that he wouldn't be coming back, and had to know why his plane had crashed.

She switched on the television.

Of course, Tara does go on without him but events that follow take her (she thinks) to the brink of insanity, until the night of a masked ball (held in her honour) when truth becomes stranger than fiction. Suddenly feeling as though caught up in some bizarre Cinderella set and that of reverse role play,  she then finds herself the heroine in a Beauty and the Beast scenario.  Oh how I love writing romance and putting heroes and heroines through emotional hell. ;)


To see the other participants for this blogfest go here

Directly below this post is my contribution to Tessa Conte's "They're People Too" blogfest, so please check it out and the other participants.
Posted by Francine Howarth at 10:14 21 comments: