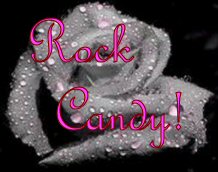 Today I’ve chosen a snippet from a previously published contemporary romantic thriller, one I’m seriously thinking of putting out on Kindle and as a paperback at Amazon!
Brief: it’s early afternoon, and Mac (an American secret agent) is on a mission, and Cassie (English businesswoman) his prey for reasons relating to US National Security. They’re lounging on a lawn in an English country garden while the others in their company continue playing croquet. They’ve spent a night away and slept together . . . This scene is a pivotal point in the story, for the hero is treading a minefield of female emotions he thought he could cross without getting into difficulties, but he’s in trouble and can’t afford to let loose his guard.  Male POV.
O.K, word count 372: code MPA.
“Mac, you do realise we’ve been awfully wicked in lying to everyone. That we were not where we said we were.”
“Yeah.” The way she chopped a rod of lettered rock candy to bite size pieces caused him to wince. “Guess they know now, with that hideous pink candy in bits.” He watched her pluck a sticky piece from the chopping board and slip it between luscious red lips, and the way she licked sticky substance from the tips of her fingers blew his mind. He rolled over onto his stomach to shield manly arousal, her perfume intoxicating. He closed his eyes, the heat from the afternoon sun adding to the warm glow of contented male, as he recalled the sound of distant seagulls . . .
He revelled in the sensation of hot grains of sand sifting between toes.  Savoured sparkling waves swelling and surfing onto the beach then receding through burrowed rivulets in the wet sand. With shoes in one hand, Cassie’s hand clasped in the other they idly ambled to the waters edge and strolled along through the gentle surf. He glanced over his shoulder; their indented footprints fast filling with seawater just as he would again vanish into obscurity.
They strolled on, avoiding larger incoming waves. Sometimes leaping sideways, bumping into one another, their closeness enjoyable. She paused to pop seaweed, and again to pick up shells. He was dangerously on the edge of declaring something but instead stole a momentary kiss in passing. He clasped her hand and led her away from the waters edge.
Just to sit and stare out to sea bliss in itself. But they lounged back resting on elbows raising their faces to the sun and the pull between them too strong to resist. He rolled over, his mouth on hers potent, lustful and declaring his intentions. But it sure couldn’t go on forever. He had a job to do.
Whoa. He stirred, conscious of a hand on his back. Sense of danger overwhelmed him. His gun was locked in the glove compartment of the car. With air of caution he opened his eyes: long shadows casting across the lawn and Cassie kneeling beside him. Could she be the enemy? Hell, he hoped not.
To see entries by other participants go here.
Posted by Francine Howarth at 21:43 14 comments: