Today I have the lovely Renée Reynolds in The Interview chair talking about her aristocratic heroes from The Lords of Oxford series! 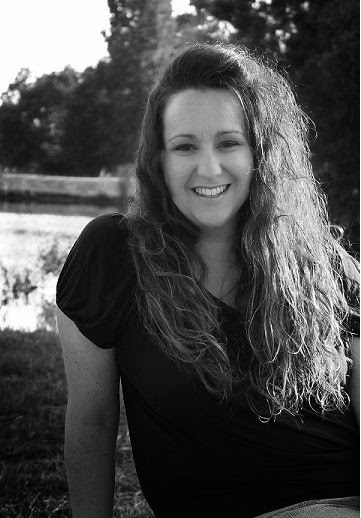 Author Renée Reynolds grew up all over the world as the daughter of a globe-trotting Marine father and spirited and supportive mother. Their family motto: you can never learn too much, travel too much, or talk too much.


She majored in majors in college, and after obtaining a handful of degrees, she decided not to use any of them.  Instead she writes about what she cannot do - go back in time to dance at balls, flirt with lords and scoundrels, and gallop unfashionably down Rotten Row during the most fashionable hour.


After dodging a few Collinses and Wickhams, Renée happily snared a Darcy. Her HEA turned out to be in Texas, where she resides with "the hubs, the kiddos, a boisterous menagerie of indoor and outdoor animals, and a yard of meticulously maintained weeds." She has happily tagged on this addendum to the family motto: you can never read too much, too often, or too late at night.


I've always been an avid reader, the type to get lost in a story and see the characters and plot playing like a movie in my mind. Jane Austen is my favorite author, and the 200th anniversary of the publication of Pride and Prejudice opened an entirely new reading world to me – Austen fan fiction, sequels and reimaginings, and the historical romance novel.  As I devoured author after author, discovering storylines and characters that I liked and loathed, I suddenly found myself picturing a plot I could create, characters I could bring to life.  After an encouraging “just do it!” from my husband, I sketched the outline to several novels . . . and just did it.


My heroes are a combination of the alpha and beta hero, which some have defined as a third type – the gamma.  My heroes are strong, capable, and dependable without being obnoxiously arrogant or insufferable.  They are the gentlemen you hope to meet in real life, the ones you picture yourself marrying without having to grit your teeth and hope to change his overbearing and high-handed ways.  My heroes are Jonas Leighton, Duke of Dorset (Book 1) and Roman de Courtenay, Marquis of Stafford (Book 2).  They are peers of the realm that take their obligations seriously without letting themselves be consumed by Society's demands.  Dorset wants his sister married because she's driving him crazy, but he's not going to toss her to the first or wealthiest suitor.  Stafford feels pulled in too many directions by his family and title duties, and just wants a bit of a break from his pile of responsibilities.  Both lords love their families, recognize the good and the bad in the Society to which they were born, and strive to find a balance between what's expected and what works for them.


My heroines are Ladies Juliet Quinn (Book 1), daughter of the Marquis of Lansdowne, and Miranda Leighton (Book 2), sister to the Duke of Dorset.  They are best friends, and personality foils to each other.  Lady Juliet is witty and cerebral, and very proper in Society.  Lady Miranda is outgoing and gregarious, and skirts the edges of indecorous behavior in her efforts to see and experience all life offers.  Both ladies enjoy the bit of independence their high titles afford them, in comparison to some other ladies of the time period, and have strong opinions and beliefs that they express, when asked.  Picture the Duchess of Devonshire without the gambling or endless affairs.


Family is important in my stories, so parents and siblings are characters that I've fleshed out and given relevant voices, but the strongest secondary character would have to be Catherine Allendale, Countess of Ashford.  She is the aunt of Juliet (and her brothers, Charles the Earl of Bristol and Marcus the Army Major), and a force of nature.  She endured a marriage typical of the time – a merging of titles, lands, and monies – but her husband was also cold and even emotionally abusive at times.  After his death, she capitalized on the freedom that widowhood brought and resolved to live in a manner that suited her beliefs and desires.  She tells Juliet and her friends how to be proper but strong ladies, encouraging them to be respectful without being meek.  She educates the younger ladies on their roles in Society and their future homes, but that they don't have to be mindless drudges.  And she really delights in doing things she knows her late husband, the dearly-departed and unlamented Earl, would have abhorred and forbidden.


My novels are set during the Regency period in England, specifically the summer of 1814.  Napoleon has just abdicated his crown, for the first time, and England is celebrating the Glorious Peace.


I love the manners, the dress, and even the structure of Regency society.  Mind you, there were plenty of things wrong during this time – from abject poverty to oppressive taxation to war – but it was also a time of industrial growth and increasing enlightenment.  Every period in history has both its positive aspects and its horrors, and it can be difficult for us to wrap our modern minds around some of the things that were considered acceptable in the past.  I think it's also true that each era has its independent movers and shakers – those who push the boundaries of the status quo – so we have to be careful to read with a mind toward historical accuracy in all its forms.


I have a villain causing havoc in each storyline that is particularly disgusting, the Viscount Melville.  He really has no redeeming qualities, and is a broad caricature of the stereotypically nasty aristocrat of the time period.  He is self-absorbed, arrogant, threatening to his sister and other ladies, and not good ton, to quote a phrase from that period.  But it's hard to say I dislike him.  As a person, he's repulsive, and I would stay far from him.  As a character, he's necessary in spite of his awfulness, which is exactly as he should be.


I keep the sex behind the bedroom doors, but the kissing, longing, and desire is front and center.  The scenes are sensual but still subtle.  As for violence, my villain uses both intimidation and force to further his purposes.  His level of aggression increases in Book 2, because of the rising desperation he feels over his situation, but I refrain from gross violence.


Definitely historical fiction, heavy on the romance.  They are also full of shenanigans. 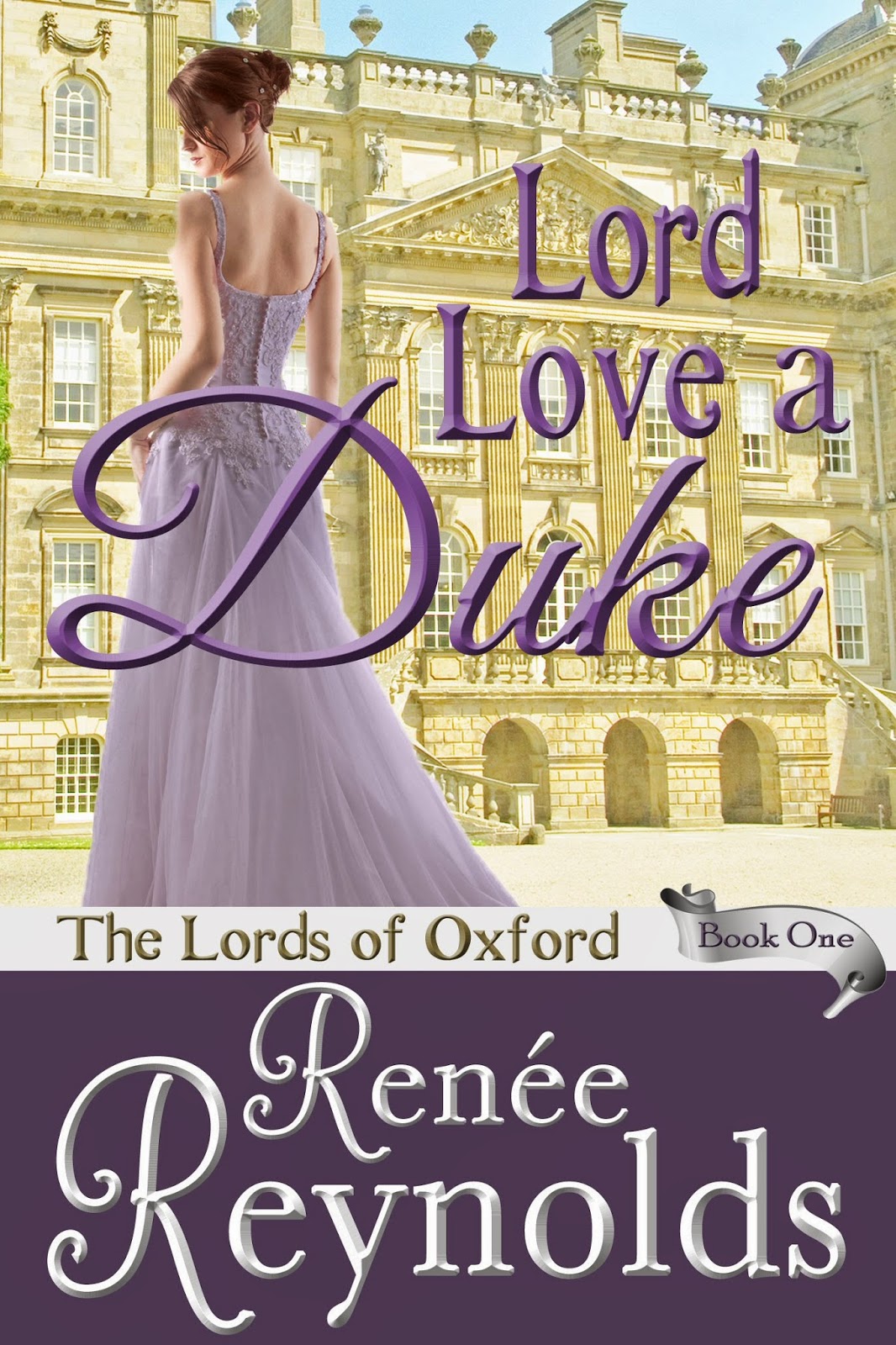 Lord Love a Duke:
Jonas Leighton, Duke of Dorset, hastily organizes a house party to find a suitor for his spirited sister, Lady Miranda. To thwart him she enlists her closest friend, Lady Juliet, and they unleash a series of pranks meant to confound his plans - if only he would cooperate and be the victim. Nothing goes according to plan for any of the scheming guests, yet the party will indeed end in a wedding. 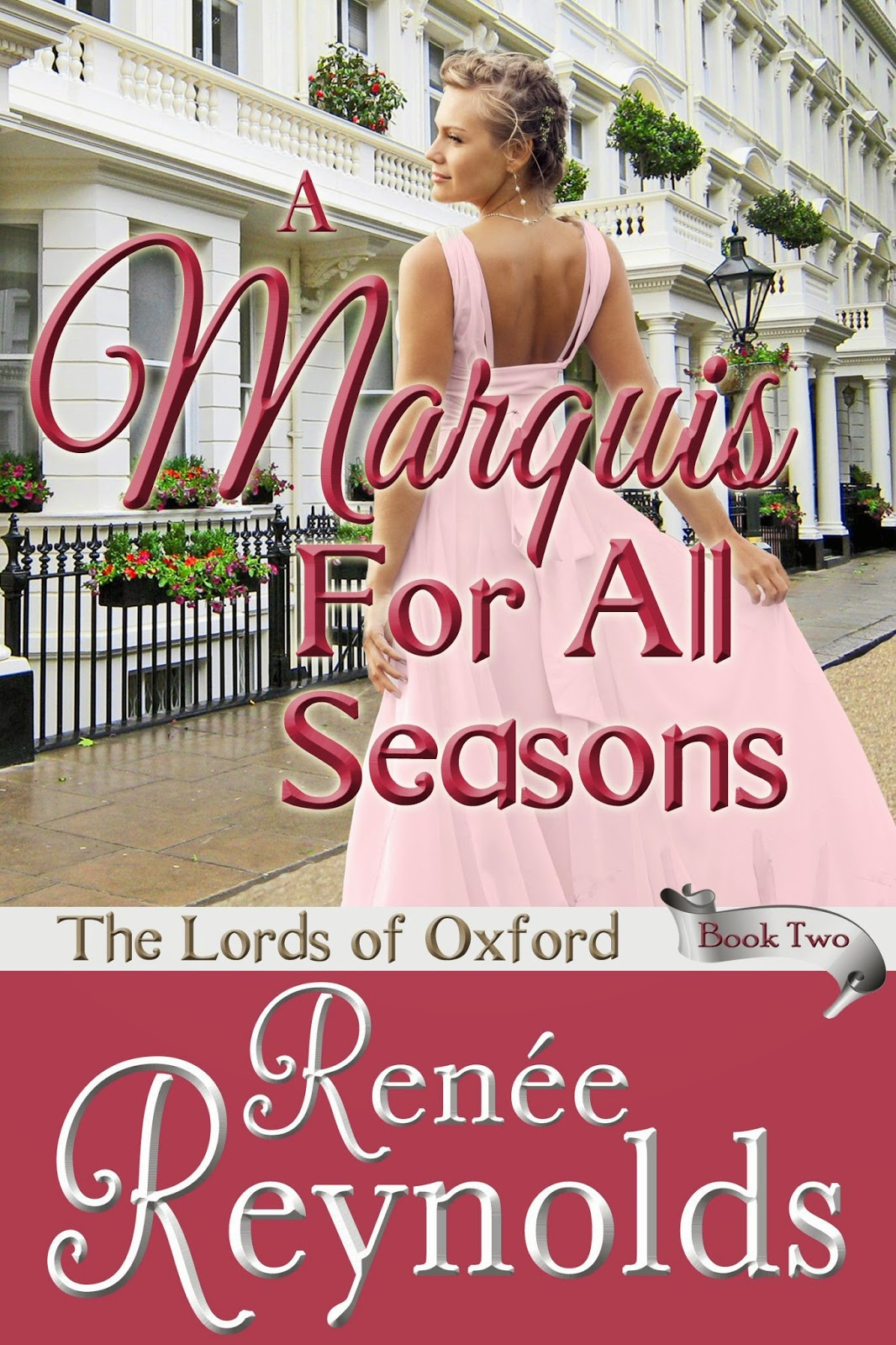 A Marquis For All Seasons:

Lady Miranda Leighton and the Marquis of Stafford, Roman de Courtenay, have a similar problem: their families want them to find a spouse. Together they hatch the perfect scheme: in Society, he will play escort to Lady Miranda and his sister, but for their families, they will pretend an attachment, all in pursuit of one last season of unencumbered entertainment. Yet, in each other's constant company, they find their ruse giving rise to some surprisingly very real feelings. What happens when you set out to fool Society, but only end up fooling yourselves?

Thank you.
Posted by Francine Howarth at 20:40 2 comments: