"The Guess That Character Blogfest" is kindly hosted by Jennifer, and to see the list of participants go to:  Jennifer Daiker
Today 19th guess the character image/personality!
Day 2 the 20th come back for the big reveal of pic and personality profile! 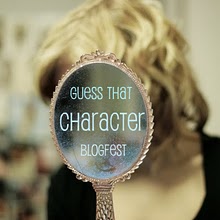 OK, so I'm hooked on blogfests! It's fun though, and one gets to read stunning writing posted by other participants.
This particular snippet may not fit with what’s expected of the “Guess the Character Blogfest” but short of 1st person narrative (which is not my medium of writing) this is the best I could come up with. It’s taken from a novel written a few years back and as yet, it has never graced a publisher submission desk. The only clue to the heroine: her name! 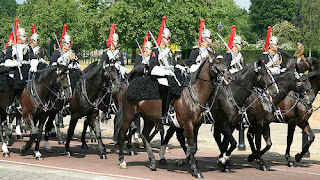 She slid from the saddle, and ran the nearside stirrup iron up the leathers. Her favoured horse received a loving stroke to neck as she pressed her brow to his shoulder; sense of desperation gripping her.

She heard footsteps, Maggie’s voice echoing her thoughts as the other woman attended to the offside stirrup. ‘And, it’s not what you want, is it?’

Maggie, her parents' head groom landed a hefty pat to Jake’s flank in passing and came round to unbuckle his girth.

Suzanne lifted her head, air of frustration mingling with despair. ‘I feel as though I’ve been bamboozled into agreeing to marry Phil, like his and my parents arranged it when we were kids. Then last year him and my parents waiting on the right moment to spring it on me, and yes, I know I sort of got caught up in the moment of the engagement party, but now . . . I’m seriously having doubts. As kids we had horses in common, and sort of grew up loving each other, but lately I’ve realised we’re worlds apart in what we want out of life. Phil doesn’t want kids, ever, and I do, eventually.’

Maggie swept a stray strand of ash-blonde hair from her eyes and laughed. ‘Yes, well, you’ve got two choices as I see it. End it now and save face as best you can, or do as I did and panic on the day.’ She hauled the saddle from Jake’s back. ‘I was halfway down the aisle before I realised I couldn’t go through with the wifely mother thingy.’ She swung the saddle to her left arm, and let slip a smile. ‘Too independent is me and always will be, and give me a horse any day over a man. ’

As Suzanne led Jake to his loosebox, she glanced back at Maggie. ‘Did you regret it, afterwards?’

Awaiting Jake’s bridle Maggie’s sky-blue eyes sparkled with mischief, her pixie face aglow as she replied, ‘Nah, but did feel a little sorry for Bruce when I’d finally put a couple of hundred miles between me and him.’

‘I don’t think I could be that cruel, to just up and run. Beside that, wedding presents have already started to arrive. And of course, dad’s stomped up oodles of dosh already, and mum, well, she’d sure to go apoplectic if I announced the wedding off because I don’t love Phil as I should, that I think of him as a best friend.’

‘What of Phil? I mean, he’s always struck me as having a bit of a wandering eye.’ Maggie winced. ‘Sorry, that was out of order.’

‘Down your cleavage, right?’ quizzed Suzanne, her hand to Jake’s muzzle in readiness to prevent the bit clanging his teeth whilst slipping the bridle from his head.

‘Well yeah, and he’s a bit of a bum pincher, too. I’ve never understood that, seeing as you’re so, so beautiful and well . . . You know what I mean.’ 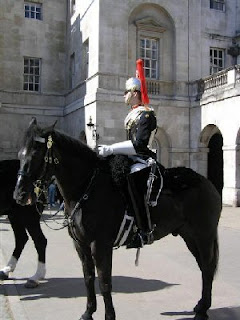 ‘Grown up, and that’s it, that’s what’s wrong with Phil. He’s so juvenile, and every damn thing is one big joke to him. Don’t get me wrong I love him to bits as I probably would have a brother if I’d had one, and to be honest making love with Phil feels akin to incest, and I think he feels much the same about that too. In fact, I think he’s just going through the motions of marriage to please his parents, that he’s no more in love with me than I for him.’

Maggie rested the bridle from Suzanne’s clutches. ‘Tell you what, your parents are out, so go make a pot of coffee and I’ll join you as soon as I’ve racked Jake some fresh hay. I have an idea that might help in slipping Phil’s marital noose, and sort your problem big time.’

Suzanne made off toward the house, dumping her riding gear along with boots in the utility room en route to kitchen.

What on earth had Maggie in mind?

Whatever, Suzanne Barton had an up and coming business, which could more than sustain her present lifestyle and keep her horses independent of her parents generous stable facility, that is, if the wedding was called off and they saw fit to explode and make her life impossible. That aside, what was so different in her setting up home alone as opposed to that of setting up home with Phil?

Once in the kitchen she set about making coffee. All of several minutes later and coffee brewing she heard a motor pull into the yard. Her heart plummeted. Already expecting Phil sometime that morning she was surprised at no blasting of the car horn as was his annoying habit on arrival.

She moved to the window, and there in the yard was a dark blue soft-top limousine; semi stranger in the driving seat. After all, she’d seen him before at a distant in full ceremonial uniform but Phil had never introduced her to his senior officer.

The driver door opened, the semi stranger sporting reflective shades alighting with grace and ease likened to that of a warrior at play. He glanced around, leaned against his car and drew a cell phone from his pocket. Instinct caused her to back away from the window, but she continued watching him make take incoming call, wondering, speculating, even sensed a flush to her cheeks. The call at end, the cell phone disappeared to pocket and he removed his shades. He glanced directly at the kitchen window as though aware of a presence. 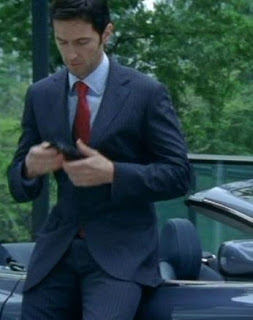 It was rude to have stayed in the shadows watching him, but she felt if she moved the magic of the moment would be lost. What was it about him that drew the eye? Not just his deadly handsome visage . . .it was fluid movement in body language. And, oh God, he was coming to the door.

She flew into the back corridor fluffing riding-hat flattened hair, and glancing in the mirror in passing her heart dived. Her makeup was basic at best, her jodhpurs grimy, no bra and a white based T-shirt . . . Oh no . . . she had to be wearing that one didn’t she like some big kid: a blasted tiger face in bold black print and its eyes directly over her nipples.

The silence was deafening, eye contact magnetic and her tongue a solid weight; she immediate thankful of his breaking through seeming invisible barrier.

His hand came at her and in auto-response mode she slid her fingers across its palm.

His grip firm, hand warm, breath caught in her throat words eluding her.

His smile disarming too, his timbre of voice deep and mellow as he again tendered verbal response from her. ‘Phil will be along later. He had something to do en route, and I’m too early by all accounts.’ A sensual vibrating chuckle rumbled from the depths of his heavenly body. ‘You had no idea I’d been invited down for the weekend, right?’

‘Umm, no, but I’m guessing my parents are expecting you.’

He released his grip, and she wished he hadn’t as her hand slid away from his. There was something of a rock about him. Hidden strength within his slim appearance, a man one could depend upon and honourable with it.

‘I’m to be Phil’s best man, if that helps in explaining my standing on your doorstep.’

‘It’s typical of Phil and my parents to keep me in the dark, inclusive of your arriving now, when . . .’ She drew breath, her heart all a flutter her brain tripping on every nuance of movement for his part, his eyes all the while searching hers as though he reading her every thought. ‘I’m sorry, I didn’t mean to sound like you’re not welcome. It’s just that I’m always the last to know what is scheduled around here.’

She’d already sensed appraisal of her plight, her face flushed, incoherent air about her, and his blue eyes not once having left hers, his words dancing provocative off tongue.

‘If it would help I could go away and come back later, when Phil’s here.’

‘No, absolutely not, you’re here now and I’ve just made some coffee, and I must be sounding an ungracious host, seeing as I’m the prospective bride.’ She stepped back allowing access to the house, anything to escape his intense scrutiny. ‘Please . . . do come in.’

‘Delicious aroma.’ he said, stepping close whilst gesturing her onward. ‘After you.’ She turned and led off, and the instant he said, ‘Chanel,’ sniffed the air and followed with, ‘number five, if I’m not mistaken, Cinderella,’ threw her off kilter.