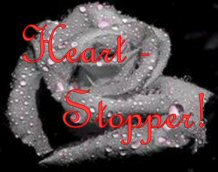 For this challenge I've selected a snippet from my latest historical novella:
"The Highwayman's Mistress".
Brief: Richard Courtenay Viscount Somerton, gallant as heroes come, has agreed to see Miss Diamonta Whitaker, safely delivered to the Palace of Versailles. Half French by birth and daughter of a once French countess, Diamonta has more than one reason for accepting a gracious invite to stay at the Royal Court at Versailles. Her heart lies at court, with Francois de Boviere, Count of Saint Mont Marche. But, tide of Revolution has swept from Paris to Versailles. Heads of French aristocrats are seriously under threat of Madame Guillotine and Diamonta's coche is still en route to Versailles!
Believe it, nothing is as it seems, and Richard has a dark secret, too.
Over word count. Ahem, not telling: code NCCO.
***
The coche suddenly slewed to the right, as though in avoidance of something or someone on the roadside. It then began to slow until finally the wheels ground to a standstill. Richard opened the door, and about to call out to the coachman he held his tongue, for a pistol came level with his face. They both looked up at masked face of man on horseback, and brief moment of agonised silence hung in the air.
“As you can see, I have the advantage,” broke the silence, the rider’s French tongue proffered with cool aplomb. “You will stay where you are and give forth possessions of value.”
About to reply in her mother’s native tongue and declare herself devoid of valuables of any merit, and assured her jewels secret hidden aplenty within her luggage, Richard said in polite English, “We are English and of modest means. We have little of value between us, with exception of silver snuffbox and gold fob watch.”
The highwayman, for he was without doubt a vagabond of the highways, either understood fully the English tongue or had guessed Richard’s declaration, for he pressed to see Richard’s offerings by waving the pistol in manner most impatient. Afraid of the rider’s commanding position and in realisation Richard did not want her to utter a word, she felt him to be sacrificing his valuables to save hers. But would this villain be satisfied with what her companion had to offer?
Once handed over, the rider barely glanced at the snuffbox or fob watch and secreted them within his gauntlet. He glanced at her then, and leaned forward and indicated for Richard to move to the far side of the coche. Richard did as bid, and the highwayman’s interest fell solely upon her. His scrutiny disturbed her, his dark eyes as though boring into her very soul.
“Remove your gloves and show me your hands, young miss,” he said, in perfect English with refined French lilt.”
He obviously suspected rings on her fingers. Well, he was soon to be disappointed. She removed her gloves in haste, and displayed ring-less fingers and not a jewelled bracelet did she have upon her person. She sensed no disappointment, and he even chuckled as though it was all a game.
“Give me your hand,” he said, holding his right hand forth, his pistol held in left hand, and reins loose about his horse’ withers.
Why request her hand when no jewels to wrench from her fingers? Though once her hand cupped in his gauntlet-clad hand he leaned forward and placed a kiss upon her fingers, his eyes so close and intense in scrutiny her heart stopped.

As a special treat: the book trailer for - The Highwayman's Mistress. What do you think?
However, the book won't be on Kindle for a few days.
To see entries by other participants go here.
Posted by Francine Howarth at 20:33 20 comments:

How well is your book doing on Amazon? Marketing Guru tips! 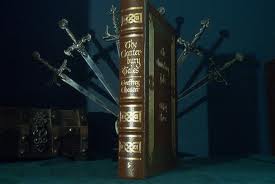 Are you happy about your book's sales figures on Amazon?
Did you self-publish or did you clinch a publisher contract?
Either way, Amazon sales can cause your heart to blip for two reasons: great or lousy sales figures.
I'm amazed my historical novella is selling so well as it is with so few reviews. It is, after all, only a novella. No one in the blogosphere has made mention of it so I'm guessing (a) they haven't bought it, or (b) didn't like it. Have I begged other bloggers to buy it? NO! Have I begged for reviews? NO! I've made mention of it in passing, nothing more. It's advertised on my blog, and I gather few people notice what is in a sidebar. So, "Her Favoured Captain" is reliant on the few who do notice sidebar content, and those whom browse Amazon looking for historical romances.
Now, here's a funny thing, the times I've had someone say in a private e-mail, I've bought loads of books by fellow bloggers to support them, posted reviews to Amazon, and some couldn't even be bothered to say thank you. I think I may have said that, too, on occasion. Yeah, well, that pretty much sums up the "self, self, self" promotion junkies. It's kind of interesting to see who reciprocates and who doesn't on the blogsphere re marketing of books.
So. Do glowing reviews sell your book? Good question.
Some authors say yes, of course it matters how many reviews I get. It's what sells my book.
But, is that really the case?
Take the next piece in what ever way you like, but there's more than a ring of truth to it.
A short while ago I was reading a piece by a marketing guru on one of Amazon's own forums: to do with marketing books on blogs and other social media outlets. This marketing guru pointed out that too many reviews of your book on Amazon etc., (basically overt glowing reviews by fellow authors, friends & family) can put off the general reading public. In that, very few readers out of millions of people who shop at Amazon and other on-line retail outlets will bother to return to post a review, unless they hated the book and have a grievance about content, or they're an out and out fan of a particular author! The majority of shoppers return to buy more books. He stated, when Joe or Josephine Public discovers a long list of reviews it means nothing to them, and often as not a book's sales slow considerably once sales to friends and family etc,. have ceased. Meaning, Joe & Josephine Public suspect it to be a hyped book and tend to avoid it.
The guru further claimed personal recommendation has more clout, i.e, someone mentions in passing at work "I really loved this book" or "I bought this yesterday and couldn't put it down".  What he was effectively saying, is that reviews on Amazon are impersonal to Joe & Josephine Public but do provide authors with sense of feel-good-factor on the basis that their friends, family and circle of fellow authors love them. Which of the former do you prefer, mere sales to family friends and close fellow authors, or that of Joe & Josephine Public? Bear in mind the former might reach a thousand sales, the latter beyond your wildest dreams!
Food for thought?
I'm thinking short short short reviews, i.e. "I bought this and couldn't put it down" and "Ooh, it kept me turning the pages" type of review. Perhaps, much better than the *long-winded* variety that often as not reveals the plot and blows the suspense that might otherwise have existed whilst reading the darn thing. I tend to ignore reviews and go by a book's blurb, and yeah, too many reviews set my lovey alert button off big time. If the blurb is well-written and well-presented it's the make or break of a sale for moi!
Posted by Francine Howarth at 10:55 11 comments: