Happy New Year - Will it be your dream year?.

I know this is a cheating double up re-post but 3 comments! Sheesh... Believe it, you need a brand image even if you're with a publisher!!! Colour co-ordination on blogs will help in creating image and your author persona as well. Blue implies cold, red hot, pastel shades can appear bland to the eye unless a theme i.e., romantic, historical, other. Chick-Lit on the other hand needs to be sparky, perhaps even with ly tagged on, whereas fantasy and Sci-Fi is best when reflecting other-worldly influences.

BTW: don't forget I have a contemporary novel coming out with a publisher in July 2012. No idea what I'll get as cover image, but they have produced some gorgeous covers for other authors. So it's a wait and see. But hey, in the meantime my self-pubbed novels are still jumping onto peoples Kindles. 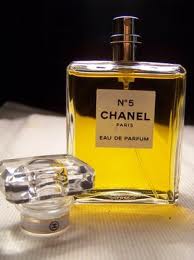 Two little words "Brand Image" and some people go to pieces just thinking about branding themselves, by that I mean selling their image as a writer even when they're lucky enough to be contracted to a publisher. Let's be honest a stomping three-book-deal and vast advance are few and far between. Small advances and tentative three-book-deals are far more common. Authors are only really in-house once their second book has sold as well if not better than their first, presupposing the first one flew off the shelves due to invested advertising by their publisher. But let's not forget author input on self-advertising, which comes naturally to those of a bent or flair for seeking attention. Of course, by their third book it is expected they will have gained a huge following. Now this doesn't always happen, in fact doesn't happen in big chunks, because remaindered book depots are testament to unsold books. If the latter happens a publisher has the choice of dropping any author once a contract is at end. Some do, hence we see books by specific authors under differing publisher names. That said, some get head-hunted, too, and are sometimes paid vast sums of money to switch publishers. This happy conclusion usually only happens to best-selling authors who regularly churn out best-selling titles. But, it's been happening to Indie (self-pubbed) authors as well. I think we all know who they are by now, and I dare say there will be other million-sellers on Amazon in the future. 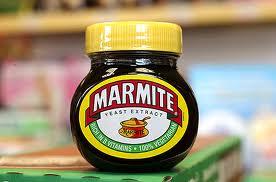 Love it or hate it we're all familiar with the little brown pot above. It hasn't changed! Why should it. If you love it you can't miss seeing it in a super-market because you know what you're looking for.
Take this same principal but equate it to Hollywood and the movies! We knew exactly what we were going to get from this man when he was dressed like this. 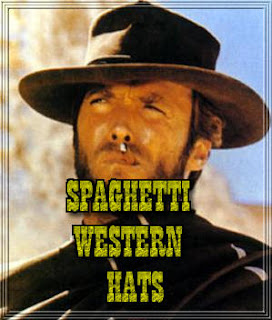 And in some respects he became the brand image for "Spaghetti Westerns", but that's not to say he wasn't good in the Dirty Harry movies and other memorable movies! Though as teenager I can remember drooling over him as Rowdy Yates in the TV series Rawhide.
So, how are you going to brand you and your wares if you're thinking of going Indie? Have you thought about book designs etc?  To be honest I hadn't really given a specific image much thought. But I have now, and I'm going black chic. At least I'm hoping that's the effect I'm portraying for my latest attempts at book design for the Kindle e-market. How else can a familiar and recognisable brand be achieved? 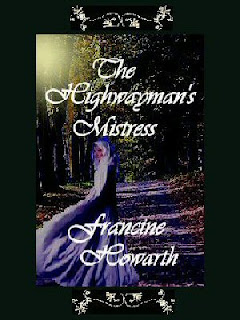 Hence my book covers will be thus... see my image factory!
Posted by Francine Howarth at 14:40 14 comments: