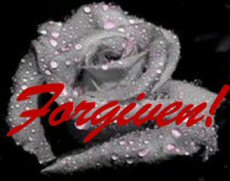 For this, the 9th RFW Challenge "Forgiven", I settled down to write this last night at nine o'clock and finished it at nine-forty-five. You'll get the gist of it, I feel sure. The whole cameo is conducted via cell-phones.
Characters: Tess is Amy's sister, and a colleague of Max: both doctors.
Amy is Max' wife.
Max is absent.
Sonia is Max secretary.
The unknown girl a nurse.
“Max just isn’t the sort of guy to play around.”
“She’s barely out of nappies, Tess, and I’m fifty-five. Worse, it’s our silver wedding anniversary, and here I am all tarted up for dinner out and Max has just rung to say he’s running late. He’s sending a taxi and said he'll catch up with me at the restaurant as everyone else will be doing.” There was a long pause: Bloody cell-phones and dead spots. “Can you hear me?”
“Yes, I hear you, Amy. Max wouldn’t get involved with someone younger than Kate.”
“Why does he go out of his way to drop this girl off at night then, and leave extra early in the morning to pick her up? It gets worse. She’s pregnant, and guess what … she’s dumped her boyfriend.”
“Doctor confidentiality and all that, how could anyone know the girl’s pregnant?”
“News travels fast in hospitals, especially when a certain person is seen at onsite pharmacy, a pregnancy test kit discreetly requested. Then she and Max leave together that evening and are spied parked up outside a GP’s surgery.”
“Oh.” Yet another long pause.  "It isn't what you think.”
“But he was seen, and evidence as proof. It was Sonia’s day off and she snapped them on her cell-phone and sent me the pic. ”
“Blast Sonia. The truth is, this girl has had her eyes on Max for months. But, she doesn’t know the full facts about you and Max, nor about Kate. Believe me, he stupidly looked on this girl as a surrogate Kate, and like the trusting fool that he is he was utterly blind to her advances. He’s finally wise to his mistake, but Max is sometimes too nice for his own good, which makes him a great doctor if slave to compassion. Naturally, he wants to let the girl down gently, and he’s desperate for any help he can get in this quarter.”
“You knew about this girl?”
“Forgive, me please. I wanted to save you from unnecessary heartache.”
“Forgiven, Sis, because I’ll need your shoulder to cry on, later. It's at times like these I miss Kate so much. She would have been twenty next Thursday.”
“I know, and Max misses Kate, too: dreadfully.”
“He never talks . . . We never talk about her.”
“He will tonight. Trust me, I know, and you haven’t been told. O.K?”
“O.K., and my taxi's here.” 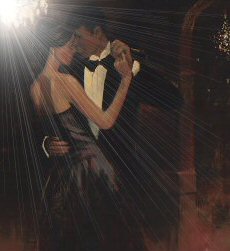