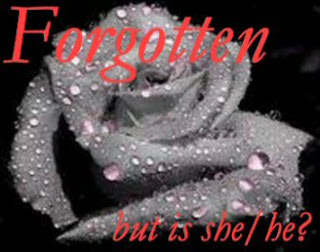 I'm cheating this week with snippet from previously published novel of mine. It's a mainstream romantic suspense in which Cassie is reflecting on the loss of her husband.
Assassinated by a bomb placed under a car (nine months previous), he'd asked her a question, and she'd promised to reveal her answer at dinner that evening. He died not knowing her answer and, she witnessed his macabre death. Cassie is now suffering Post Traumatic Stress Disorder, and much of the novel relates to her struggle to combat this terrible affliction. But, amidst events destined to freak out any woman left alone with two teenage children, and faced with conspiracy of silence from her late husband's ex colleagues, she sets out to discover who these people really are: a fatal mistake!

* * *
‘God, when I think back to how I wondered what-if, what if he never comes back. I went through hell sometimes wondering if he was alive or dead, and all because he rarely made contact in weeks, sometimes months. Then when he quit the SAS and kept going walkabout, still I wondered what he might be doing. Then to lose him like that, in that . . .
‘You really shouldn’t feel guilty, Cassie. And yes, I know what you’re thinking, and you’re right in one sense. If you’d said yes to his question, immediately, it might have made you feel a whole lot better now, but I don’t suppose he minded one jot. In fact, in all honesty, I’d say he likely got off on not knowing the outcome. Not that he wouldn't have, later that evening. You know what I mean.’
‘Given time who can say how much lost ground we might have regained, and yes, he often derived sense of enjoyment from a little suspense within our marriage. That said, he had changed, a lot, during the last few months of his life . . . Changed to someone I felt I could no longer relate to half the time. It wasn’t that he was less loving or inattentive when at home, it was something else . . .’
‘He hadn't seemed any different to me.’
‘Not to you, Rhian, but take when he and I went out together. The getting from A to B had to be as quick as possible and by differing routes, which didn't lend any sense of romanticism to evenings out . . . In the last few weeks, you know . . . before it happened . . .’ Cassie wiped away a stray tear before it shimmied down her cheek. ‘Well, you know how it was . . . Like the way he tensed up when awaiting specific phone calls. And that’s not all that happened. I don’t think I've mentioned this before. But you see, I returned from the office earlier than expected on one occasion, and believe me, he’d locked himself in the study. Had, actually locked himself in. To this day I cannot think why, and he certainly had no explanation and not the least intention of providing one. He just shrugged his shoulders and laughed it off with gesture of finger-to-nose.'
Tears filled Cassie's eyes . . . Heart-wrenching tears. Her persona detached: elsewhere in purgatory.
What could one say?

To see pieces by other participants' go here and follow the links.
Posted by Francine Howarth at 07:17 13 comments: