Getting Down and Dirty with Blogfesting! 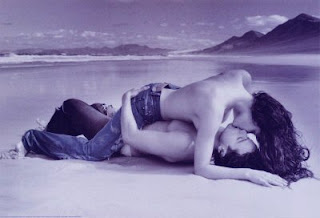 OK, so there's a lot of people out there convinced blogfests are a bad thing for aspiring writers!

At one point I sort of sympathised with that assumption until I read an article on a lit agent's web site, in which it was stated that if an excerpt of writing or first chapter is placed on the Internet (blogoland/wherever) many newbie writers fear it might be stolen or the idea/plot stolen.

The lit agent pointed out that the author of original content retains full copyright (date/time stamp of posted content proof positive or submission of content to any central deposit agency) and, should that then appear verbatim in a published novel written by another author a charge of plagiarism will stand up in court of law!

Personally, if some saddo writer out there can't think or plot for themselves then I'll take it as a compliment that they were desperate enough to steal a piece of my action, because that would mean I'm better at writing than they are! 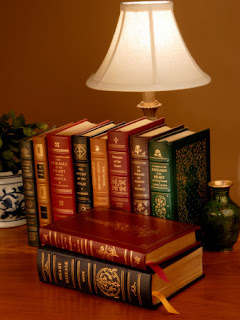 So, let's analyse a few reasons why people won't or are merely reluctant to publish snippets of their work on the Internet, and thereby unable to participate in blogfests!
As the lit agent said "fear" is a huge motivator for excuses to everything and anything that might imply one to be less than perfect in chosen field of writing. Perfected manuscripts are a rare commodity, hence one sees and hears tales all the time on bestselling author blogs about rewrites, how editors wanted more of something, sometimes less of something else, and many authors and lit agents alike despairing editors' sanity in some of the requests/demands made of writers.
So, according to professional opinion, your baby may be your baby and you may think it's perfect, but just wait until an editor starts hacking it to pieces - think you're a perfected writer now, think again!
OUCH! Tough words, but thought-provoking all the same.  I've been there done that, and again out in the wilderness like all newbie writers and wannabe' , not because I chose to be out in the cold but because circumstances beyond my control (riding accident) took me out of the writing circuit. So I know where most of you are coming from, and how hard it can be to motivate oneself at times. When I eventually came to (bouts of unconsciousness) I was given books to read and suddenly realised I couldn't read, that I'd lost that faculty, which took literally months to recover and I felt ashamed because I couldn't read and couldn't write. Luckily it was a temporary thing, and I'm back on form. I think - judge for yourselves by reading my material!
Now to issue of why blogfesting is a good marketing ploy - according to lit agent!
Lit agent was quick to note blogfests as "marketing tool" = extend friend base extend fan base extend sales of book when your name finally hits the shelves whether in cyber bookstore as e-book or conventional bookstores. People you've met via blogging will go buy your book if nothing more than to critique it, bash it to shreds, envy it and swear they could have written better, or they'll genuinely love it and praise you for job well done!
Lit agent's advice was look at your blog closely, not just your bestest group buddies who post on yours and you post on theirs; so on and so forth (same old same old - limited market potential) look out for new faces (even the silent ones) and go blogging = go marketing.
Lit agent advice: stick with your own kind until you've hit the publishing wheel, hanging out on published author blogs comes across as desperate to belong and shades of willing them to help you gain entry to their inner realm. Hanging out on lit agent blogs worse still, though he did put a big smiley at this point. :)
Oh whoops, hee hee, shall have to cut back on posting to queens of romance then.
This is an add on to above: How much should one bare on blogs, snippets of WIPs that is. 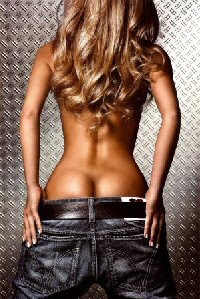 I noticed on a blog (somewhere) in comments:  re posting snippets from novels is not a good idea, as some publishers may consider it be already published!!!

Well, according to quite a few publishers including Carina Press (e-book publisher Harlequin) and Avon Romance & Harper Collins (authonomy.com) actively look to see if authors are already promoting themselves and their work! Good news, or what?

So, what's your opinion on blogfesting?
Posted by Francine Howarth at 11:22 8 comments: