Writing Process Blogfest - How Do You Do It?

Shalleem is very kindly hosting this blogfest, which is: How do you process your writing! Basically, are you a Pantser or Plotter? 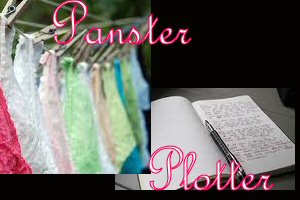 Less haste more speed, as the saying goes. Spot the mistake: above!
As this blogfest is all about exposure of how one sets about writing a novel – whether plotter or pantser - I’d say I’m neither. That said I do resort to copious notes in A4 notebook, for both contemporary and historical novels: nothing to do with plotting. Notes consist of character description, character profiling, and peripheral info: names of pets, horses, make of cars, how many etc.

When writing historical novels, re times/ dates, notable events, costumes, availability of fabrics, and even word usage etc., becomes essential to credibility of the novel’s period setting. Without this knowledge of the above a historical novel will read like a story set in whatever time-period you choose, but will it ring true to those who love that period and who love history? That's the guide I go by and judge by as a reader. That said, I don't want the book to read like a history lesson.


So oft I come across historical novels written not only in 21st century speech (gotten what she wanted – not got, or when required, begotten), the author also used 21st century slang (sheesh/huzzah etc), and committed the cardinal sin of not researching places (town/city). It happened in one novel, where Brighton featured. Whereas, in the period chosen, Brighton was known as Brighthelm. In another, Bath was mentioned (as Bath is today) not Bath as it was in Jane Austen’s time. There is every reason to check, check and double check historical fact. It can be the difference in acquiring a readership following or being ranked the author who writes crappy would-be historicals. Even with modern contemporary novels, element of research is necessary if what is happening in our novel is outside our own field of expertise. Why try and write about what we don’t know without first reading up on what we need to know!?


Now to inspiration for novels, which for me tends to be artwork. I love art galleries and can spend ages gazing at pictures. And, it’s at times like these a particular picture might cause me to linger, pondering who the person/people might be, and what might they have been thinking when posing for the portrait. Sometimes they are well known people, sometimes a figment of the artist’s imagination, so too the backdrop.

Take a quick look at these three images: they all inspired the writing of a novel.

With the first image I couldn’t stop feeling these two men were father and son on opposing sides in a war. Hence, a dream brought them alive and they became the inspiration for a historical set within the period of English Civil War. Chapters available to read on my writer profile blog.


In the second image, the girl conveyed (to me) sense of loss, sadness and longing! It became a modern contemporary romance. The name Tara seemed to spring from the image, her story and inevitable tragedy came to me in full cinematic glory during overnight dream, and I felt as compelled to get her story down in words as that of the two men on horseback in previous image.


The third image too drew my eye, my attention stuck on the polo player on the right hand side. Something about him spoke volumes: his boldness on the polo ground not in doubt. Yet I felt, despite obvious wealthy lifestyle, there was air of man alone and something missing in his life, all the while women throwing themselves at him. His story and that of a would-be mistress came to light in overnight dream, but it was not the would-be mistress who’d stolen his heart. It was a woman who walked with lions, yet one unkind gesture by him and she fled from the man known to his polo cronies as el Cavaliero. How in hell was he supposed to undo what he’d done? Well, I helped him out a little.

In effect I am not a pantster or plotter, as you can by now tell, because images inspire the conscious mind, the subconscious logs flickered thoughts, the subconscious then working overtime at night in revealing characters and their stories in perfect movie format. I am then left with painting those pictures in words. So, there you have it, that is my way of writing.