Today for “The Interview” I have the lovely Andrea Zuvich talking about her novel
The Stuart Vampire.

Andrea Zuvich is a historian specialising in the Late Stuarts of the 17th-century and is the creator and writer of the popular Early Modern history website, The Seventeenth Century Lady. Andrea was born in Philadelphia to Chilean immigrant parents, and later educated in History and Anthropology at both the University of Central Florida and Oxford University. A member of London Historians, the Historical Writers Association, and the Historical Novel Society, she has been independently researching the 1600s since 2008.A UK resident, Zuvich is a leader on and one of the original developers of The Garden History Tours at Kensington Palace, Historic Royal Palaces. She has been interviewed by NTR (Netherlands), BBC (UK) and others about the Stuarts and has written for The Huffington Post UK.


(1) What actually inspired the writing of your novel(s)?


I have always been interested in gothic novels. I really enjoyed Jane Austen’s Northanger Abbey, and The Monk by Matthew Lewis. Dark tales, and stories that combine both the wicked aspects of humanity and those of supernatural folklore intrigue me. When I wrote my first novel, His Last Mistress: The Duke of Monmouth and Lady Henrietta Wentworth, I focused on the doomed love affair between the two main characters, who once actually existed. In The Stuart Vampire, I have the first chapter start off as a standard historical/biographical fiction novel but then more fiction and the horror elements begin to take over.


Our main (anti)hero is Henry Stuart, Duke of Gloucester, who contracts smallpox when he's twenty years old. Instead of dying, a vampiress (who has been obsessed with him from afar) turns him into a vampire and brings him into a world of death and darkness – a world he despises. He does some pretty horrific things, but there is the light of goodness still in his heart. He is plagued by a conscience and this is something the transformation into vampirism was supposed to have destroyed. I became interested in the real Henry Stuart after seeing his portrait – his whole face seemed most vampire-like –and that just made me imagine a storyline with him as the protagonist.


The heroine is a long-suffering young woman named Susanna Edmonds. She lives in Coffin’s Bishop, which is a severely inbred town, and her life is a series of horrors – rape, bullying, servitude, and more – and that’s before she becomes acquainted with horrors of the supernatural world! In spite of the numerous hardships she has faced, Susanna is not a bitter, angry woman, but sweet and hard-working, and Henry acknowledges this and respects her for it. Susanna does, however, undergo a major character change and she finds the strength to avenge certain wrongs.


The secondary (lead) is the antagonist, Griselda di Cuorenero, an Italian countess who is exceedingly beautiful. Her extreme vanity leads her into the arms of the Devil – and she pretty much becomes the Devil’s groupie. She’s besotted by his power, but she still has a strong need to be loved and desired by a man. First, there was Adolphe de la Fontaine, a man who couldn’t accept the creature she was and paid dearly for it. She’s a very interesting character because she is a combination of madness, of obsession about things most of us consider superficial, and she loves evil. I pity her a bit because all of her life she was taught that she was beautiful and so she treated everyone like dirt. She simply doesn’t understand that beauty really is only skin deep. And in her case, she’s rotten on the inside.


I absolutely love the 17th-century because it had everything – the political landscape is fascinating, the historical figures from this time are vibrant, and the moral pendulum swung this way and that. I felt quite happy, however, to have been able to write in other time periods for once – I quite like the gas-lit streets of Victorian London and the coastal palace in Italy during the Renaissance. Let’s just say I had a LOT of fun writing this!


The whole town is dislikeable! That being said, both Belinda and her brother, Peter (who is just a thug) are the worst. Both these characters make Susanna’s life quite miserable. But they might just get their just desserts. I don’t like people who are cruel or aggressive and both of these characters exhibit both.


No. In fact, there are some very violent scenes, but I tried not to make any of the scenes gratuitous. They are there for a reason – each and every one of them. There are massacres, a rape scene, a disturbing witch trial and hanging – so it is not for children!


This is a historical horror with a touch of romance. It begins as a normal historical fiction, and then the supernatural elements come in. 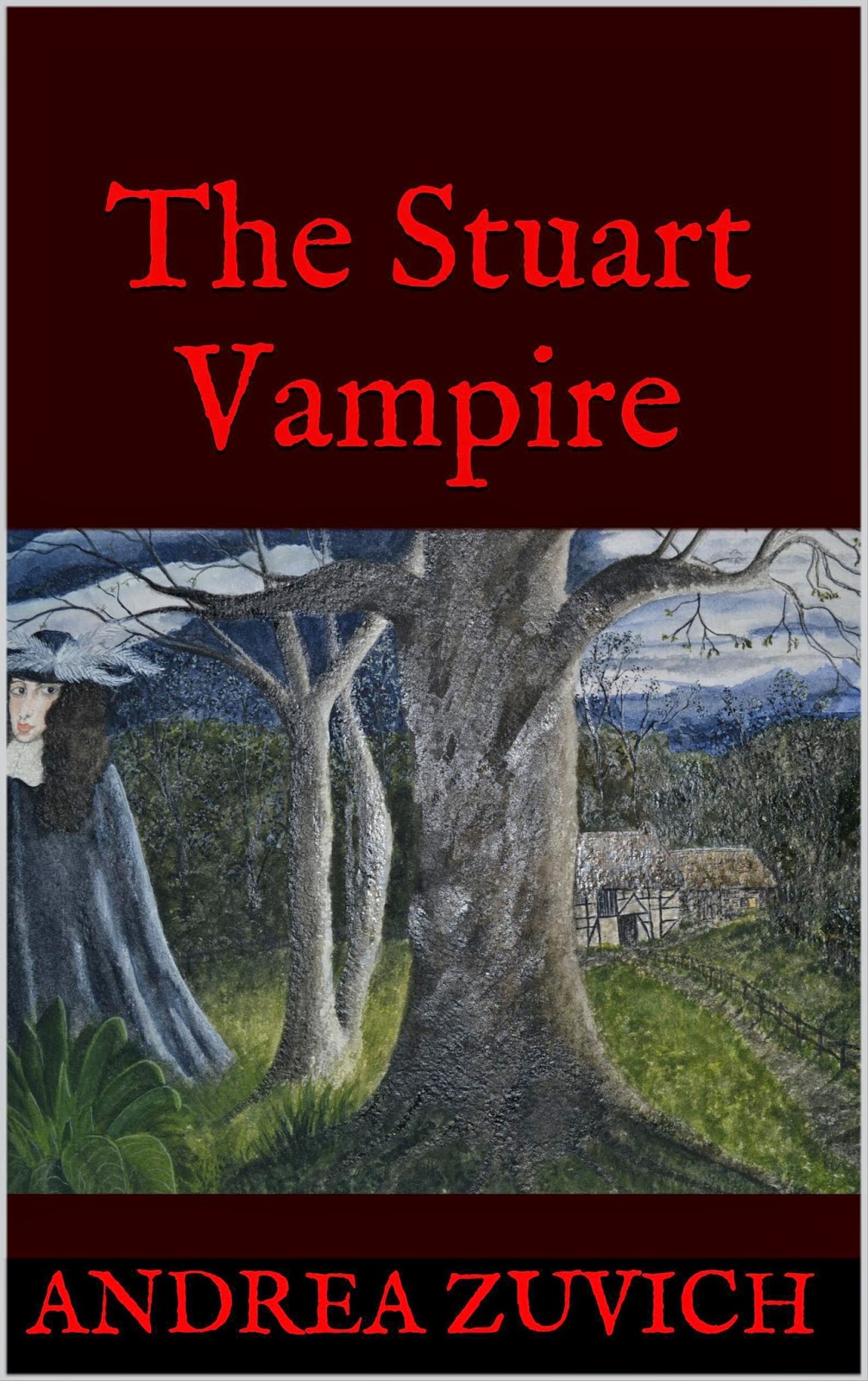 
Henry Stuart, Duke of Gloucester, is the youngest brother of King Charles II and James, Duke of York. A handsome, good man, his life ends in 1660 with smallpox...or does it? Obsessed with Henry, Contessa Griselda di Cuorenero - one of the Devil's concubines - turns him into a vampire and plunges him into the world of night. Pacts with the Devil, massacres, plague, fire, witch trials, and the love of a lonely outcast from the sleepy village of Coffin's Bishop have an irrevocable impact on the young vampire. Henry must choose between his humanity and his monstrous, insatiable desire for human blood. From the author of "His Last Mistress," The Stuart Vampire is a dark gothic tale incorporating the real horrors of mankind in the Early Modern period, natural disaster, and the supernatural world.

Thank you to Francine for this interview!

My Review of Andrea's novel: The Stuart Vampire.

With the restoration of Charles II to the throne of England (1660). there is much rejoicing within the royal court. Nonetheless, the seeming Stuart Curse is once again set to bring more heartache to the royal household, for while the opulence and profligacy of the royal court, (as history dictates) is yet to manifest in full splendour, death is already stalking through the royal apartments. Needless to say, a royal death is the catalyst to The Stuart Vampire. Thus this novel, although well-researched and historically correct, fantasy soon begins to creep centre stage when a wraithlike creature enters the room of a sick prince. The reader is then thrust into the realm of the un-dead, an overall existence that can lead to purgatory and a tortured soul, or to that of love with a tempting beautiful vampire. Beauty, though, is often merely skin deep, and eventually forbidden love brings the tortured soul from the darkness of entrapment, a love that knows no bounds and crosses the great divide.

Cast disbelief aside, go with the flow of this novel, and enjoy the dark side!

Posted by Francine Howarth at 00:03 No comments: