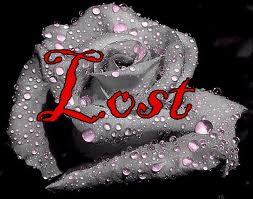 ﻿
My entry today is from the same novella as last week - "Her Favoured Captain" - LOST the theme.
I swear, on my honour, it's from a romance novel. :o ﻿
* * *﻿
﻿
She crept close to the closed library doors, his words as clear as if she in the very room with him. “You cannot be serious,” he said, in the manner she had come to dread over the past two years. “We agreed terms, did we not?”


“We did indeed, your lordship, and had your sister obliged in my desire for a mere kiss to seal the betrothal, our agreement would be honoured in full.”

“I do not understand this sudden reluctance on Emerald’s part, for it was her wish to be sure this estate safe for future generations of Penhavean’s.”

“Nor I,” returned the earl, a long drawn sniff, and then another. She could well imagine snuff on the back of his hairy hand. A shiver of revulsion rippled down her spine, the memory of his hands upon her flesh detestable, his voice a reminder of the greater threat: unbidden attentions. He chuckled, and second icy shiver of fear streaked down her spine. “Wild little filly, to be sure, and although she sought to kill me with damnable candlestick, I will see my way to forgiveness on the proviso she comes to me before noon of her own volition, and alone.”

“In what manner do you propose this forgiveness you talk of?”

Had Ned not guessed the earl’s intentions? Had he no thought for her safety?

Silence hung heavy within the library, the weight of it pressing on her shoulders. Unable to see for herself, but ear to door she could imagine exchange of glances between her handsome brother and the bulldog-featured earl, saliva dripping from his mouth in anticipation of second close encounter with her.

“Come now, your lordship, would you have me deprived of a bit of a feel of your sister?” The earl drew breath, a sucked shuddering breath, as though delighting in the prospect of her in the room with him, and without protection as happened before. “You know how it is, dear boy. A filly trotted up and down, a ride to try out its stride, and then exchange of money to conclude the transaction.”

“Go for a walk,” barked the earl. “Do what ever you must, and on my honour I promise it shall be no more than a look and a feel of what I am to get for my money.”

Silence again befell the room. On his honour, the beast had no honour and would have had her the night previous had not the candelabra served her well in sending him to black void and she able to escape his clutches. What next his plan to deceive and get his way?

“That or I sell her as untried. Put her up for auction to the highest bidder. Your estate in close proximity to sea is not particular to my liking, so what say you we get this over and done with?”

“But she’s my sister, not a filly at a horse fair,” charged Ned, at last seeming on her side.


“In drunken stupor you gambled on your sister’s hand for marriage, your lordship, and lost. Last night we agreed terms on a legal document to be drawn as surety in payment of all your debts. On, I might add, proviso of my sampling your sister’s charms. Now it is up to you. Either I have her by noon or I sell her on.”
* * *
﻿ 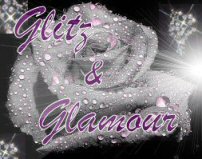 If you would like to become a member of Romantic Friday Writers,
pin your pic on the wall,
sign on the dotted line,
join the fun and get writing for next week's challenge.
Members post either poetry, snippets from novels, or pieces written especially for today's post. All supposedly no more than 400 wrds.
To keep within the specified paremeters is tough! I usually fail! ;)