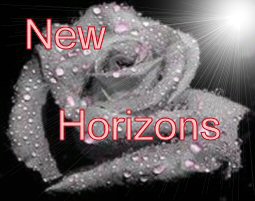 395 words: MCA.
Beth bit her lip. She’d worked so hard for this, and had fought against the male fraternity and carried the weight of their scorn on her shoulder at ever turn, at every jump. All the hoops had burned ever brighter as the weeks, months and a year passed in solid training. But, she could do this. He could do it, too. She watched him closely, every muscle powering on the pressure, edging him forward with every pace. They were on the home run, and it was a now or never situation. He had to pull ahead, had to stretch himself.
Excitement and expectancy rose in tumultuous roar all around, and for the first time she felt this was it. This was to be her day, his day, too. Yet, an all too familiar arm around her waist felt dangerous, and almost sinful in its intimacy.
“We’re in a public place,” she said, her words stolen by uproarious chant of “Yes. Yes. You can do it, you can do it.”
“So. I own you as I own him, in a roundabout fashion.”
His hot breath likened to flame of desire seared her flesh, and joy of imminent win added to the sexual heat rising within. Yet her heart was supposed to be out there, on the track, not here with this sun-tanned Adonis. Damn his blue-grey eyes always searching for that one answer; raised eyebrow and suave manner of patient man in waiting. He was spoiling the moment and complicating her life in ways she had never envisaged.
“I can’t do this.”
“Sure you can,” he said, tightening his grip. “Enjoy it. Enjoy the thrill of the moment. You’ve got a winner, and I’m thrilled for you, thrilled for him, and believe it, I love him almost as much as I love you.”
Sheer cacophony of cheering throngs raised the intensity of it all. She could hardly bear to watch, but he did it, he snatched the lead and hit the winning line a length stride in front. “We did it, we did it.”
She spun round, those blue-grey eyes alight with white heat, her feet off the ground in a thrice, his lips on hers. The answer was going to be yes, she could no longer hold out against him. He’d won. Patience had won. New Horizons had just won the greatest steeplechase ever.
***
This little flash-fiction piece is dedicated to Jenny Pitman, the first female horse trainer to take a horse to victory in the Grand National Steeplechase. The horse was Corbierre, a grey. When she retired from the racing world as a trainer Jenny began penning horse orientated novels with romantic elements.