Today I have the lovely Marie Laval, talking about her historical romance
"THE LION'S EMBRACE". 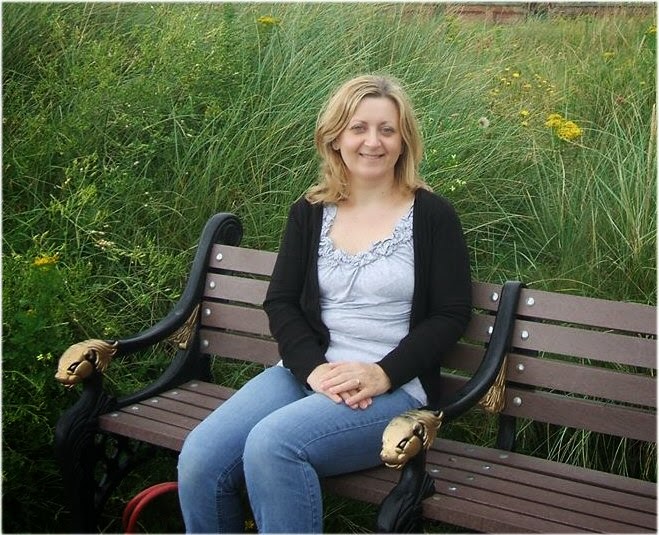 Although THE LION'S EMBRACE is a stand alone novel, it follows on from ANGEL HEART, my debut historical romance. I have just completed the third and last part of the story.

Originally from Lyon in France, I studied History and Law at university there before moving to Lancashire where I am still trying to get used to the damp weather! I worked in a variety of jobs, from PA in a busy university department to teacher in adult education and secondary schools. Writing, however, was always my passion and I spend most of my free time dreaming about plots and characters and making up stories, mostly historical romances. I have however recently strayed from historical fiction and signed a contact with Accent Press for a contemporary romantic suspense set in Provence.

1. What actually inspired the writing of your novel?


The setting mostly. THE LION'S EMBRACE is set in the 1840s in North Africa, a part of the world that always fascinated me. My mother was born and grew up in Algeria and the stories she told my sisters and I about her childhood really captured my imagination. I was particularly attracted to the natural beauty of Saharan oases and the Hoggar mountains, but the architecture of palaces in the Algiers Kasbah, with their carved doors, intricate mosaics and secret gardens, and that of the ksars, fortified villages of the Sahara is breathtaking too.


I must also mention the rich history of the country and its people. From the rock art, which depicts a Sahara teeming with wildlife and people in the Neolithic period, to the tales of the Garamantes' lost kingdom and the tomb of legendary Tuareg Queen Tin Hinan near Abalessa, the setting just lends itself to endless romantic adventures. I just wanted to set a novel there!

Lucas Saintclair is definitely an Alpha hero. Dark-haired, with eyes as pale and clear as a dawn sky, he is harsh and reckless, and only thinks about making his fortune...or does he? Even if his motivations and his true character are unclear at the beginning of the novel, one thing is certain however. He is the best scout in the Barbary States, and even if she profoundly dislikes his selfishness and arrogance, Harriet Montague needs him to rescue her father.

3. Can you describe your heroine’s personality- title/rank?– description?


I do love my heroine, Harriet Montague. She is quiet and unassuming, but also very determined and brave. The daughter of a British Museum archaeologist abducted in the Sahara, she isn't afraid of braving conventions and dangers and ride across the country to go and find him. Her ambition is to pursue a life of learning and historical research and follow in her father's footsteps.

4. Are there secondary lead characters with important roles?


Several characters are important for the plot, but the main focus of the novel is really on Lucas Sainclair and Harriet Montague and their relationship.

THE LION'S EMBRACE is set in the 1840s, mostly in North Africa.


6. What is it about your chosen era/periods that you most enjoy?
I chose the 1840s for this particular novel because it fitted in with my plot and the historical context of the novel when the French had already established their presence in the North of the country but their progression into the South was being fought by gangs of rebels.

7. Which if any of your characters do you dislike, and why?

I don't want to give too much of the plot away, but I can say that Harriet's friend and protector Archibald Drake is not what he seems to be...but actually neither is Lucas Saintclair.

8. Do you avoid sex scenes, gross violence or other in your works?

I don't write erotica or scenes of violence, but I do think scenes of passion have their place in romantic fiction. I only write what I am comfortable with. I once convinced myself my novel wasn't 'steamy' enough and added a few very hot scenes, only to delete everything again a few days later. It just wasn't me...

9. How would you rate your novel – historical fiction, romantic fiction, tear-jerker, emotional drama, swashbuckling adventure, or...?


It is definitely a historical romance!


Arrogant, selfish and dangerous, Lucas Saintclair is everything Harriet Montague dislikes in a man. He is also the best guide in the whole of the Barbary States, the only man who can rescue her archaeologist father from the gang of Tuareg fighters that has kidnapped him. As Harriet embarks on a perilous journey across Algeria with Saintclair and Archibald Drake, her father’s most trusted friend, she discovers a bewitching but brutal land where nothing is what it seems. Who are these men intent on stealing her father’s ransom? What was her father hoping to find in Tuareg queen Tin Hinan’s tomb?

Is Lucas Saintclair really as callous as he claims—or is he a man haunted by a past he cannot forgive? Dangerous passions engulf Harriet’s heart in the heat of the Sahara. Secrets of lost treasures, rebel fighters, and a sinister criminal brotherhood threaten her life and the life of the man she loves.


Does forever lie in the lion’s embrace? 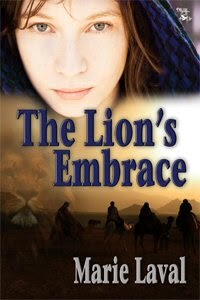 THE LION'S EMBRACE is available from:
Museitupp Publishing

Also from Amazon US
And Amazon UK
You can find me at my blog.
Posted by Francine Howarth at 09:09 2 comments: