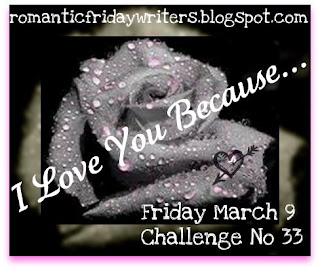 OK RFWers, I'm in this week with a snippet from "Love Walked In"  a semi-autobiographical Romantic suspense penned in fictional context, which will be going live on Amazon in a week's time: or before if the fates smile upon me...
‘After daddy’s death,’ said Fiona, noticeably tentative, as though doubting her chance of an answer, ‘you never really cried, not once . . . Did you miss him, or was it all over between you beforehand?’
Cassie reached out, affectionately stroked her daughter’s face. ‘Oh yes, I missed him, very much. And no, it wasn’t all over between us. Don’t ask me why, but I think I would have forgiven your father for virtually anything.’ She would have, she knew that, with exception of a certain indiscretion that had hurt Mac, and hurt her too, when the truth came to light. ‘He had an irresistible appeal, your father, and almost impossible to say no to.’
‘I know things were a bit dodgy on occasion, but I’d hate to think . . .’
Cassie hugged her daughter. ‘Your father never hurt me not while he was with us, not intentionally, but by hurting another it hurt me indirectly. It was something that happened a long time ago and of no consequence now, and life goes on.’
‘And now,’ queried Fiona. ‘What of Mac? Do you think he will come back?’
‘Oh he’ll come back, one day.’ Cassie looked out of the window toward the paddocks where horses were standing in the shade of the chestnut tree: idly swishing tails and nodding their heads in the midday heat. ‘He rings me every night, when possible, though didn’t last night.’
‘But he’s been gone seven months.’
‘What’s that compared to the rest of our lives?’
‘True, but why absent so long?’
‘It’s going to be a long-distance relationship for quite a while I think, and we’ll only get to see him when on vacation and the occasional snatched long weekend. I must admit, though, when he missed our scheduled call time last night I did try his number. Strangely, the answer-machine was switched off, so there will be no message awaiting his return. I tried his cell phone too and that was switched off, and there was no e-mail this morning. Goodness knows where he’s flown off to at short notice? I’m sure he’ll ring as soon as possible.’ She ruffled her daughter’s hair. ‘Skip this awful mess, and come riding with me, and I’ll help you tidy your room later.’
‘Oh must I?’ whinged Fiona, crumpling a blue silk dress in anguished gesture of hands to heart. ‘I’m expecting a phone call from a certain young Austrian, and . . .’
Cassie kissed her daughter’s brow. ‘I’d forgotten you’re not terribly minded toward equines at the moment.’ As Fiona returned to sorting clothes, Cassie smiled, contentment and a skip in her step as she made for the door. ‘See you later, after you’ve spent ages and ages drooling over a hot phone line.’
Fiona scooped up a pillow and flung it at her departing mother. ‘Who is it says I love you, love you, because . . . Because what, might I ask?’
Cassie caught the pillow and tossed it back whilst bestowing a big smile: the because was personal, but Mac knew what it meant, and that's all that mattered. 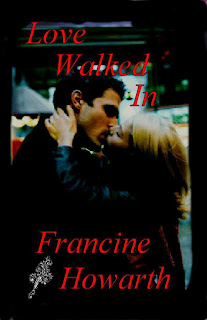 To see other contributions to this challenge/blogfest go here.
Posted by Francine Howarth at 20:49 30 comments: