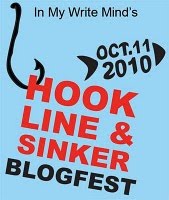 ﻿
This blogfest is kindly hosted by Justin -  the title speaks for itself!
Hence this is a snippet from opening (first draft) of a historical sequel novel, literally written today Sunday.  ﻿ 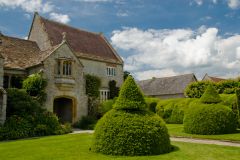 
Elizabeth Mountjoy rose from her seat, sense of rage enveloping. If she did not exit the room immediately she feared she would strike Catherine Thornton a blow to the face, and for the life of her she could not imagine why she had agreed to marry this insufferable woman’s brother.

‘I fear it is time I made my way back to Axebury Hall.’

Her tone markedly deceptive in deliverance of intention surprised herself as much as that of her host, whom she thought of as the most despicable woman she had ever had the misfortune to meet.

‘So soon?’ queried Catherine, a poisonous sweet smile as she rose to her feet. ‘I hope I have not caused undue disquiet in mention of Anna Gantry, but I thought you should know a little of the history associated to Axebury Hall and its occupants.’

‘Be that as it may, but Axebury Hall was at one time a Royalist stronghold full of fornicating Cavaliers. It is no wonder Anna became tainted by the likes of those unruly beasts when sleeping within the house and her so young then.’

Elizabeth knew Catherine to be well aware a vindictive comment relating to Anna Lady Gantry would see Miss Mountjoy speedily on her way and, out of the house she herself would soon be mistress of whether Catherine approved or not.

She truly despised the widow standing before her, and couldn’t think why Catherine’s fair skin and dark locks and pretty face had failed to secure her another husband.

‘Are you forgetting Thomas, your brother, was a Cavalier Captain when I first met him? May I remind you I am aware he frequented Axebury Hall, and I do find it distasteful any suggestion he was one of the supposed fornicating band of Royalists you speak of with such disdain.’

Catherine’s face flinched not a jot, her tone full of pious malice. ‘Although he is my brother, I did not approve of his bawdy behaviour when a Cavalier Captain of horse nor his frequenting of gambling dens and doxy houses.’

At the mention of whore houses Elizabeth clenched her hands so tight she feared her fingernails would pierce the fine calf leather of her gloves. ‘Were you not yourself the wife of a Royalist?’

‘A loyal Royalist wife by design not out of love.’

‘You did not love your husband?’

‘No, I did not, for I was betrothed to Morton until he saw fit to disobey his father and declared he was for the Parliamentarian cause.’

For the first time Elizabeth noticed a flaw in the perfected mask of calm indifference essayed by Catherine along with her haughty airs and graces. ‘You . . . You were betrothed to Morton?’ she asked, knowing full well her future sister-in-law was never betrothed to Morton. ‘Then why did you not follow him, if you loved him as much as your countenance implies?’

‘Follow him,’ railed Catherine, ‘how could I, how could I? His father banished him from the estate. He had nothing but the clothes on his back and he ran away to fight for Parliament. You think I the daughter of a staunch Royalist could have held my head up if I had followed him?’

‘If you’d loved him as I love your brother, yes.’ Before Catherine could muster a reply, Elizabeth headed for the door, where she paused to say, ‘I would have followed Thomas to the end of the world if he’d asked me. Luckily he didn’t, and our courtship was fully approved by my father. Even when Thomas switched allegiance from King to Parliament my father accepted the inevitability that Parliament would succeed in ousting the King.’

‘Does a merchant have allegiance to anything but monetary gain, and the bleeding of rich coffers alongside the penny poor?’

Elizabeth opened the door and left in a rush, tears brimming.

One day, one day, she really would find herself unable to desist from striking that hateful woman a severe blow, and what then? What would that do to hers and Thomas’ relationship as man and wife?

She didn’t wait for a manservant or maid to open the main door. She just fled, and ran round to the stable block where her horse was tethered and waiting. A stable hand stepped forward and tightened the slacked off girth, not a word spoken as though he’d sensed her distress. He then proffered cupped hands to aid in her mounting one of Morton’s serene tempered mares, followed by tentative gap-toothed grin when assured she was ready to ride off. She thanked him and rode away pondering her fate in becoming Captain Thomas Thornton’s wife.

How was she to survive at Loxton House alongside that fiendish sister of his?

May God forgive her for thinking murder most foul the simple solution to her problem: beside that of an ultimatum she would be putting to Thomas next time she set eyes upon him. He must choose either her or his sister, for she would rather return to Bristol and die from the plague than live in the same house as that evil woman.


Does it hook, does it keep the line taught, and will Elizabeth land Captain Thornton without his sister?


To see entries by other participants go here.
Posted by Francine Howarth at 00:23 21 comments: