This is the image that inspired the writing of my historical novel set within the period of English Civil War. Why I thought of them as Father and Son fighting on opposing sides I'll never know, but the resulting characters that appeared in a dream said that's what they were: father and son. 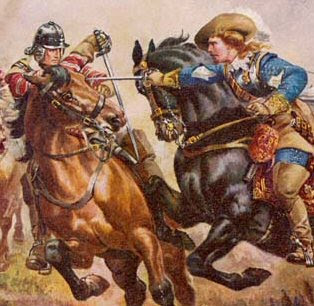 For this historical novel it became necessary to establish when velvet, satin and silk (brocades) became readily available within Europe and England. In particular, I needed to know what cloth lesser gentry than that of Kings/Queens and courtiers were wearing during this period. How else could I be sure a titled lady of relative modest means would be wearing appropriate apparel despite generosity of titled and wealthy benefactor. After all, in times of war international and local trade is often disrupted. 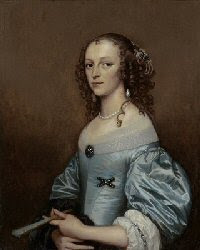 I discovered the more “exotic/lush” fabrics during that period came from Italy and France. Hence control of the Garrison and Port of Bristol was paramount for the Royalists and constantly fought over by both Parliamentarians’ and Royalists’ alike, because London for the most part was under Parliamentarian control and so too neighbouring ports.

I discovered too, that although movies about this particular period often portray Parliamentarian women as dowdy and prone to wearing Puritan style clothes this was not wholly true. It was only true of the Puritan Brethren. Meantime Parliamentarian women married to Lords and of lesser gentry wore beautiful outfits made up of silk damasks and brocades etc. For true enough, gentry and lesser gentry fought on both sides of the divide, because not only was the country split in to two camps, so too families were torn apart by divided loyalties to Parliament or the Royalist fraternity.

My next research project entailed the aspect of food and drink consumed within this period, and some of it was little different than today ie; pan cooked bacon, eggs, potato-cakes and bread for breakfast, and such eaten by most of the country folk at that time even estate workers whom had back yard pigs and poultry and poached game. Meat and vegetables, dumplings etc., were served up for more substantial meals, and puddings and fruit fancies were common with steamed/baked cakes for gentry and lesser gentry! Wine and Ale was partaken of with almost any meal and consumed any time of the day, but alas, Tea and Chocolate in any sense of the word “available” arrived much later than the time I set my novel. But, tobacco and card playing was part and parcel of men’s lives at that time. 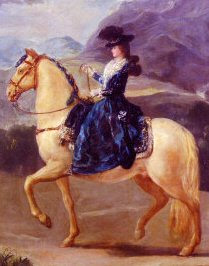 I knew it was common for the gentry and the better educated in society to write letters but what I needed to know was how they were delivered? For the most part, apparently, by private messenger, say a stable lad or some such member of household staff. But, luckily for me, in 1635 Thomas Withering became Charles Is Postmaster and started a “package post” between London and all parts of His Majesty's dominions, and purposefully designed for the carrying and re-carrying of his subjects' letters" and many of the routes chosen were those routes used by Elizabeth Is army.

During the Civil War, the most famous Royalist messenger was James Hicks, a Post Office employee, who passed through the Parliamentarian lines many times but was never caught.

Both the Royalist and Parliamentarians used messengers to carry their mail. And, to gather military intelligence the “Parliamentarians” created a "Secret Office" within the Post Office, which was responsible for intercepting mail and reading its contents: similar to that of Queen Elizabeth Is Secret Counter Intelligence Service!


Extra research for return, perhaps, to this period:
In 1660 (post Civil War) Colonel Sir Henry Bishop was appointed General Postmaster. He’d served as a Royalist officer during the Civil War and was given the "farming" patent of the Post Office as a reward. He instigated the use of a metal stamp, which was "put upon every letter” showing the day of the month that every letter came to the office, so that no Letter Carrier might dare detain a letter from post to post. These impressions were known as "Bishop Marks", and the first of their kind anywhere in the world and were the forerunner of today’s cancellation marks.

Researching this period in depth was most rewarding, despite previous love of history in general. How much then does research have a part to play in your writing career, whether writing hitsorical/contemporary, or whatever?
Posted by Francine Howarth at 12:28 5 comments: